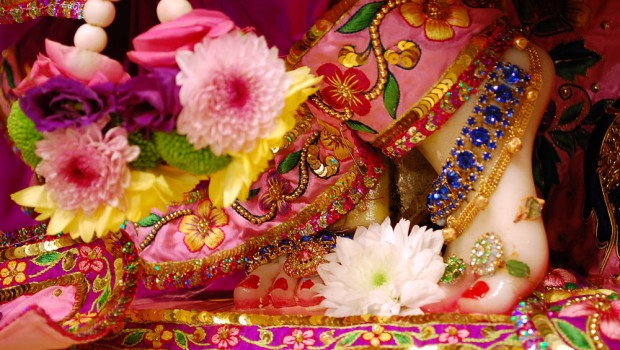 All of these Indian/Bengali disciples of Jayapataka Swami are all here for the Green card. Those who obtained their Green card will eventually disappear and fall into the America stream way of life. Those who are in waiting stays in the temple and serve faithfully until they receive their Green card.

All glories to Srila Prabhupad!, to all devotees of Krishna i pay my most humble obeisance. What i am about to share with all of you may saddened your hearts so please forgive my offenses before i continue.

There is an issue that hasn’t been dealt here in our local temple, and every time this issue surfaces it just get buried in temple bureaucracy. I am talking about the New Orleans Sankirtan Puri temple where 95% of temple devotees are Jayapataka Swami’s Indian/Bengali disciples as it is for the last 5 years or so. No preaching program has been consistently successful nor devotees being made for all those years, no bhakta/bhaktin program, no Harinam, hardly anyone in the mangala artik and no evening program, no book distribution.

The only time a lot of people come is Sunday Feast for the food, many have come for years, months or weeks and don’t even know we have a temple room where kirtan and Bhagavad-Gita class is held. Bhakta-Vrksa was introduced early this year, still with no regular members and expansion. The temple’s income comes mostly from the Indian community who receives most of temple management attention oppose to Srila Prabhupad’s main preaching program whose Vyasasan has been neglected most of the time. I can go on and on, in a nutshell it is a place for eating and sleeping.

Why this is happening?, one simple answer: All of these Indian/Bengali disciples of Jayapataka Swami are all here for the Green card. Those who obtained their Green card will eventually disappear and fall into the America stream way of life. Those who are in waiting stays in the temple and serve faithfully until they receive their Green card. Some who has received theirs and still stays at the temple are hardly seen during temple functions because of their Karmi jobs schedule. The only employment most of these devotees can acquire after attaining green card is to sell in some of the 150 souvenir shops mostly owned by two Hindu and one Pakistani family all located in the world famous, most decadent French Quarter. This shops only sells the most abominable, decadent souvenirs that promotes meat eating, gambling, illicit sex, intoxication to the highest level. The two rich Hindu family that owns most of these shops are big donors to the temple.

Now you can judge for yourselves and understand why it is almost impossible for this city temple, one of Prabhupad’s original temple to concentrate on maintaining Srila Prabhupad’s mission. I have no idea where this Green Card Temple Program came from or Who started it. My understanding is, it was started by the last Indian temple president Sukadha Das who was caught embezzling thousands of dollars from the temple funds and lived a very luxurious life with his wife. All these are saddening and i know Srila Prabhupad would not let these things happen unchecked if he is physically present. More saddening is that Jayapataka Swami nor the GBC will not put a stop on this.

I intentionally concealed my real name to avoid expulsion and violent confrontation from Jayapataka’s goons as he has in many occasions. Please advice us into to this matter.

Sincerely Yours in the service of GURU and KRISHNA