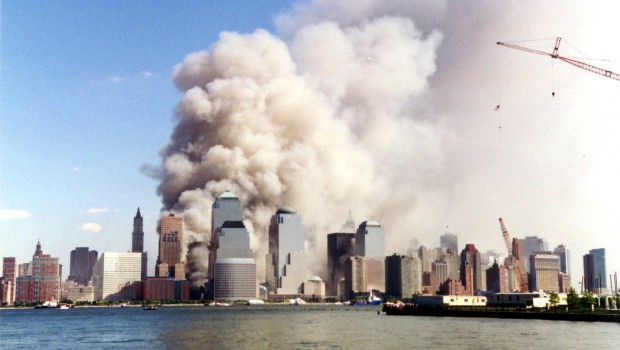 New York Times: WASHINGTON – Not long after Sept. 11, somebody scribbled these chillingly profound words on a wall in Washington: Dear God, save us from the people who believe in you.

The atrocities and brutalities and repressions committed in the name of God fill us with a greater need for God, or some spiritual solace.

Dark days – in New York, Washington, Central Asia, the Middle East, the Archdiocese of Boston – make us look inward and affirm the power of faith to make the unbearable slightly more bearable. Beyond Prozac and Paxil, religion should be able to step into the breach.

But there’s the rub. At precisely the moment when religion should have a calming influence, it has a dispiriting influence. Just when people need religion to bring them peace, it brings them war or crisis or abuse or just plain pain.

As the need for spirituality is growing, the credibility of various faiths is waning. Instead of addressing itself to the angels in our nature, religion seems to be inspiring the demons in our nature.

Asked by a British interviewer on Thursday how he coped with pressure, President Bush replied: “I believe in prayer. I believe in exercise.” Stepping into the Middle East morass, the Believer in Chief intoned, “The United States will work for all the children of Abraham to know the benefits of peace.”

Abraham was the patriarch of three great monotheisms: Islam, Christianity and Judaism. But now all of Abraham’s faiths and Abraham’s children are roiling.

The most grotesque example is the politicization of religion in Islam. Among the Palestinians, Egyptians, Saudis and Afghans, and elsewhere, the Koran is read as a political program, an incitement to holy violence, a charter for sacred cruelties.

Islam seems to be appropriated and eaten away by parasites: the terrorists, who cite Islamic teachings that violence is obligatory in the defense of the faith, and the Muslim clerics who preach a radical purity, an intolerant, messianic vision of a jihad to destroy the infidels.

In the Holy Land, radical Islamists are blowing themselves and other people to bits to get a foothold on the stairway to heaven. And some Jews are also displaying the deranging effects of extreme religion. The Israeli settlers’ movement and many people on the Israeli right are prepared to go to terrible lengths in the name of God’s promise of the land to the chosen people. They, too, treat scripture as a warrant for political aggression and outright militancy.

What more blasphemous spectacle could there be than Palestinian gunmen hiding in the Church of the Nativity in Bethlehem, the traditional birthplace of Jesus, and Israeli tanks laying siege to the manger?

Closer to home and much less apocalyptically, the Catholic Church also provides evidence of the damage that dogmatic faith can do. The pedophilia scandal engulfing a shameful number of parishes throughout the Roman Catholic world is sickening for anybody who believes that religion makes us better.

And beyond the sins of the priests, there is the truly godless cover-up by church officials. A little like some of the institutions of Islam, Rome is in a defensive crouch, protecting criminals in its midst instead of telling the truth and searching its soul.

Evangelical Christians have also had a brush with the dark side of their shepherds. We now know that the Rev. Billy Graham – America’s pastor, the preacher whom President Bush credits with putting him on the right path – is a man of prejudice. Recently released Nixon tapes give incontrovertible evidence of Reverend Graham’s anti-Semitism.

Forgive me, but something is badly awry. I was taught that religion should inculcate sympathy, patience, compassion, understanding, forgiveness, a love of peace. Instead, the name of God is used to justify vices that are the opposite of these virtues.

As my friend Leon Wieseltier once wrote: “Metaphysician, heal thyself.”