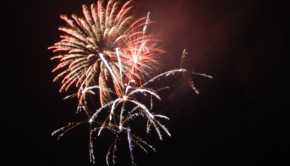 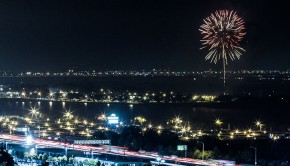 When the fireworks finished, we resumed the kirtan, and much of the crowd again tirelessly danced away as the Dasis sang with their usual fired-up devotion

Today it will begin. We will rise and gather together. Greater than the sun we will use our force to unite and spread. Use our strength to overcome weakness