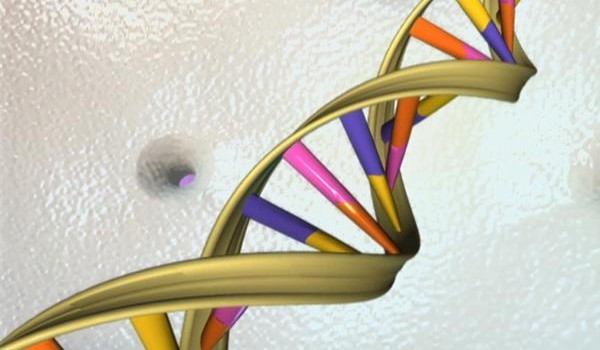 The Genes, Cloning and the Soul

After the scientific survey on the human genome, the media’s attention turned to the news about cloning. Because of the plenty of invested money the scientists studying cloning have achieved considerable results. For a layman it may seem that the biologists have almost become omnipotent, and they can create animals or even human beings according to their choice, thus fully dethroning the Creator…

What is science actually able and not able to do? What did it create and did it take over God’s roll? Did the development of biotechnology contradict the ancient teachings on God and the soul?

Before going deeper in the topic, let’s understand what we mean on cloning. Clone is the successor organism (it can be one cell), that is identical with the mother organism from a genetical point of view. During its formation there is no sexed process where the genes could “mix”. In this sense “clones” can also come into being naturally, for example by asexual reproduction of cells. At the division of the cells a successor cell or “clone” comes into being that is genetically completely identical with the original cell. Consequently all of your bodily cells, dear reader, are the clones of the cell that came into being at the time of the union of the gamete and the ovum.

Each the bodily cell has all of the information that is needed for the construction of the body, however they use only a certain part of this because of a wonderful controlling mechanism. Thus differently constructed and differently working types of cells develop. In case two different organisation start to develop because of some disorder in the first cell-divisions, natural clones or identical twins can come into being. Many of the organisms on the lower organisation level (for example bacterium, one-celled plants, animals, fungus) basically multiply in a monogenetic way, and sexed process rarely occurs in their multiplication for ‘refreshing’ the genes. The multiplication of the plants with vegetative organs – with tubers, runners, root-stock – or even the gemmation of a medusa is also a monogenetic process. These forms of monogenetic multiplication result in a natural clone.

So we can speak about cloning at several organisation levels, and this is also true for the artificial clones made by humans. Thus cloning is ambiguous, and it may include the possible copying of a molecule, a cell, a tissue or organ, a frog, a mammal or a human being.

The history of cloning started with cellcloning, which means the laboratory cultivation of cells (cell cultures). From a genetical point of view all the cells of the produced cell line are identical with the original cell. In the development of genetics this was followed by molecular cloning. In this case it’s the multiplication of a molecule. This is for example the so-called DNA polymeric chain reaction when the DNA-molecules are multiplied to the quantity necessary for the examination.

For the public cloning generally means creating complete (multicell) organisms. Its method is the so-called nuclear transfer (nucleus transport) technology. This is the method by which Dolly, the world famous lamb-clone was created in 1997. The basic points of the process are the following:

The present ideas of cloning humans would use this method in order to give descendants for those married couple who can’t have children. The children born this way would be the perfect genetical duplicates of one of their parents. But it is not so simple since the scientists are facing several problems – both technological and ethical.

The examinations on animals proved that with clones there is more chance for abnormal cell division and more risk of cancer, which comes when the cells lose their self-destroying ability and start to multiply endlessly. Moreover the clone-animals will supposedly have a much shorter life than the other members of the species. This is clear since they used the material of cells which had gone through many multiplications.

Moreover the present technologies are successful only in 2% with animals, so for the present arguments the fact is essential that a significant part of the animal embryos die during the embryonic development or before the birth, or they take birth with serious development disorders (it is because of this that many of the animal right protectors are against the cloning experiments).

As long as it is about animal experiments – even if monsters or deformed animals are born – the majority of general public doesn’t really protest. But it is dreadful to think what would happen if the human cloning experiments worked with similar (or even worse) technology. What would happen with the deformed babiesI?

How many souls are there in a body?

According to the Vedic literature the living entity is not only a material body, but it is built of three different layers. The visible material body is constituted of the elements of the periodic system; this is our body that we see when we look in the mirror. The mind, intelligence and the false ego constitute our subtle material body that we can’t experience with our senses. This covers the soul, the real bearer of life – our real self. The soul is the real bearer of our personality, self. The subtle body is like a cloud around the soul and the gross body is only a lot of complicated but lifeless molecules.

It is an interesting question then how many souls are there in a multicellular animal’s body, which is built of billions of cells? According to the Vedic point of view there is a soul in each cell of the body, but these are on a quite low level of consciousness. Above these bodily cells (“living bricks”) one soul exercises power who is on a higher lever in the process of reincarnation. This only soul, having a higher consciousness, uses the plant, animal or human body which is built of millions of cell-size bodies. This soul exercises power above the other cells, also having individual souls. According to the Vedic literature the body dies when this controlling soul (with his subtle covering) leaves this gross body and moves to another body. After the exit of the controlling soul the co-ordination stops amongst the bodily cells, the body ‘dies’, or it remains without control.

The clone who is different

We would like to point out another exciting question. A supposed human clone would completely resemble his ‘gene parent’ bodily (genetically). But would it be like this emotionally and mentally, so would he think in the same way and would he have the same emotions as his ‘predecessor’? From the Vedic point of view definitely not. Not only because it would grow up in different circumstances and have different experiences. But simply because in the body another living entity, another soul would live who entered the new organism in the special laboratory circumstances when creating his body. A clone would be different from his genetical ‘parent’ emotionally and in his character, just as the psyche of identical twins is different.

The conclusion of all this is that we can’t laugh at death, creating eternity for ourselves or for anyone else. A clone successor is not the ‘continuation’ of his predecessor but an independent personality who for some time received a body similar to somebody else’s. Science will never be able to conquer death, perishableness because this is one of the created, built-in qualities of our world.

It is important to point out that science didn’t create life from matter with cloning since it has been manipulating only with living things. It seems to prove statements of Vedic scriptures that the efforts of science still can’t overstep the border line between perishable matter and eternal soul, and they can’t change the eternal laws of life and death.

25 Responses to The Genes, Cloning and the Soul

Why don’t we feed the Driver Petrol? →