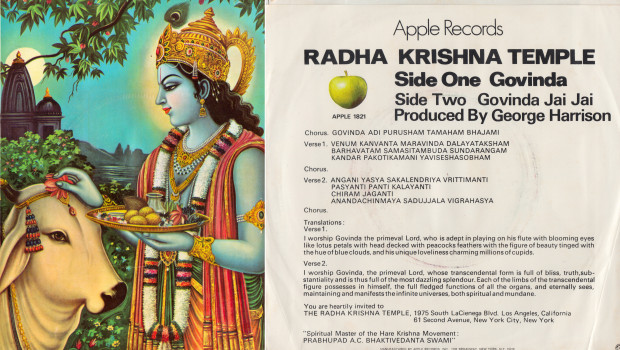 The “Govinda Prayers” which are played in every ISKCON temple each morning came into existence because the devotees Srila Prabhupada sent to establish a Hare Krishna temple in London met up with George Harrison and George encouraged them to make a record which he produced and played some background music on. I came across the original 45 RPM record and it still plays very nicely. It is a bit different from the ‘new improved’ version that we find on today’s Radha Krishna Temple CDs, so it is nice to hear the exact original recording that Srila Prabhupada enjoys so much.

Verse 1: I worship Govinda, the primeval Lord, who is adept in playing on His flute with blooming eyes like lotus petals with head bedecked with peacock feathers with the figure of beauty tinged with the hue of blue clouds, and His unique loveliness charming millions of cupids.

Verse 2: I worship Govinda, the primeval Lord, whose transcendental form is full of bliss, truth, substantiality and is thus full of the most dazzling splendor. Each of the limbs of the transcendental figure posses in itself the full-fledged functions of all the organs, and eternally sees, maintaining and manifests the infinite universes, both spiritual and mundane. 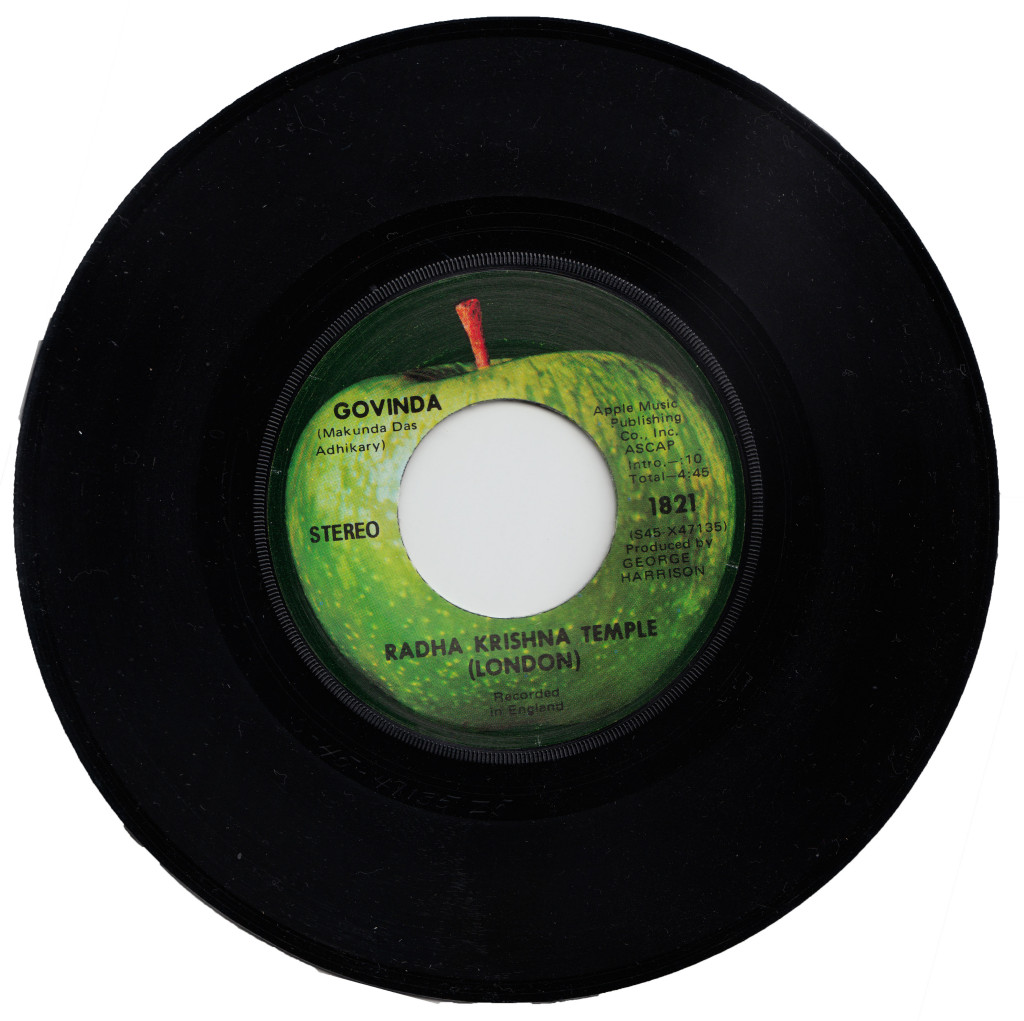