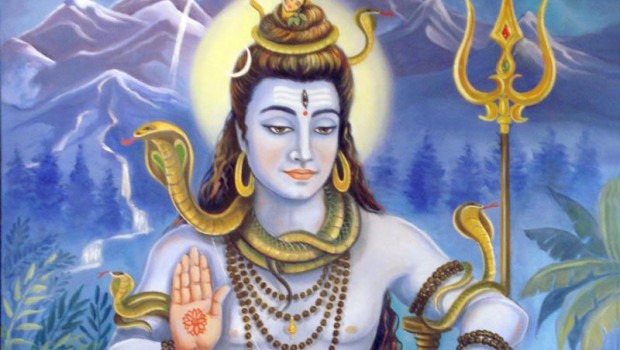 Naraharisonar, an ardent devotee of Lord Shiva, lived in Pandaripuram. Though living in Pandaripuram he had never once visited Pandarinathan’s temple. He held the principle of not to look at any god but Lord Shiva. However, the chant of Lord Hari’s names always echoed throughout Pandaripuram. Naraharisonar had tied two bells to his ears to avoid the chant falling in his ears. The moment he learnt of anyone chanting Hari he

Naraharisonar was a very smart goldsmith. Once a very rich man who was childless vowed to offer a gold kavacha to Lord Panduranga if he were to be blessed with a child. As his prayer was answered, to fulfill the vow he had taken, he looked out for a goldsmith who could make the best kavacha. As everyone recommended Naraharisonar he approached him for this purpose. But, Naraharisonar bluntly refused to make the jewel for Lord Panduranga who was none other than Lord Vishnu. The rich man, however, pleaded with Naraharisonar,”You need not enter the temple. I shall bring the measurement for the jewel. You can make it accordingly. If you would make this jewel I shall renovate the Shiva temple and conduct its kumbabishekha.” Just on this condition Naraharisonar agreed to make the jewel. He made the jewel to the exact measurement provided, but when it was offered to Lord Panduranga it turned out to be very small. The measurement was taken once again and the jewel remade and offered. And this time it turned out to be too big. The temple priests then declared that the goldsmith himself should come and take the measurement for the jewel.

Naraharisonar stubbornly refused to enter the temple premises. But then he was somehow pacified by the others. He said,”whatever happens my feet should not touch the temple ground. Never will I look at Panduranga with these eyes”. Blindfolding him,two persons carried him upto Panduranga in a dholi (palanquin). It was then decided that he should take the measurement for the jewel by feeling Panduranga with his hands. When at first he touched Panduranga’s head he felt the matted hair, the flow of the Ganga and the crescent moon. “Aha”, he said,”isn’t this Lord Shiva whom I worship?” He quickly untied the cloth. But the great Magician Panduranga stood there with his two hands held at the waist and and an enchanting smile playing on his lips. Naraharisonar quickly tied up the cloth to his eyes and touched the chest only to feel the rudraksha and the garland of skeletons. He once again untied the cloth only to see Panduranga.

As this occurred over and over again the knowledge dawned on Naraharisonar that it was only Lord Hari Himself who was present in everything.

This is the end of the story.

All Glorious to SriHari!!!