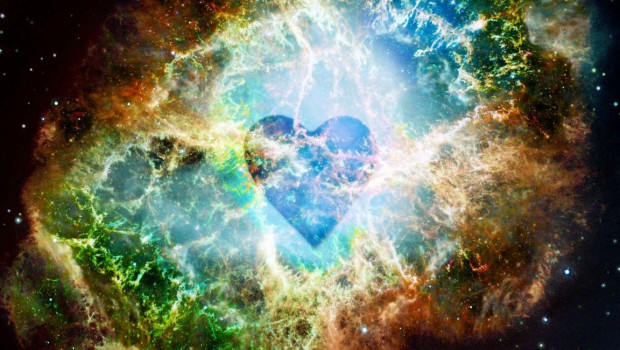 The plain truth is that the Supreme Godhead is the Father, the Nature is the Supreme Mother and all living entities so many children of Almighty Father Godhead and the Mother Nature. The whole arrangement is therefore a family unit and one should wonder as to why there is so much anomaly in this universal family affair.

On the conclusion of the All Religious Conference held at Bombay very recently, I may submit that nothing practical has come out of it for uniting the different faiths of the world. The practical solution is lying in the transcendental message of Sri Krishna the Personality of Godhead as given by Him lately in the Bhagavad-gita.

In this sacred philosophical discourse the Supreme Godhead declares Himself as the begetting Father who impregnates the seeds of living entities in the womb of Mother Nature who in turn gives birth all varieties of living species. So the plain truth is that the Supreme Godhead is the Father, the Nature is the Supreme Mother and all living entities so many children of Almighty Father Godhead and the Mother Nature. The whole arrangement is therefore a family unit and one should wonder as to why there is so much anomaly in this universal family affair.

The answer for this is also given in the Bhagavad-gita. It is said that there are two classes of children in the creation of Godhead and nature. One class is called the daiva (godly) and the other class is called the asura (demonic or godless). As sons of the almighty Father Supreme Godhead, all the living entities have individual independence and when some of the children misuse the godgifted independence for their sense gratification and not to fulfill the plan of Godhead, they develop the demonic qualities and become asuras. But those who do not misuse the the godgifted independence for sense gratification they continue to remain as the Daivas. For sense gratification the asura children of Godhead and Nature forgets the plan of Godhead and thus they begin to exploit and trouble the mother Nature and other obedient children of Nature, for their own benefit sometimes centralized and sometimes extended. Those children who do not do like this are gods themselves distinguished from the asuras.

The Mother Nature is, as She should naturally be, the most faithful mistress of Godhead and She becomes angry for the behavior of the Asura and thus assume the role of Daivamaya (generally known as the Mohakali, Durga, Bhadrakali etc.) and take at once Her grim trident and inflicts the weapon in the heart of the asura who is also Her son. The asura thus becomes subject to threefold miseries and this is done according to the plan of Godhead as the mother has to chastise the disobedient son in order to make him alright. This process of chastisement is necessary for the benefit of both the asura and the daiva sons in order to stop disorder in the great plan of Godhead. As soon as the asura, however, surrenders unto Godhead as the obedient son and servitor of the plan of Godhead the asura is turned into a devata. The angry mode of Mother Nature at once subsides and she appears to such godly sons as the most affectionate Mother in the role of Yogamaya (commonly known as Laksmi, Sita and Radharani etc)

So according to Bhagavad-gita the whole trouble of the world is due to the increase in the number of the asura and decrease in the number of the daivas. Who is a daiva and who is a asura is clearly defined in the Bhagavad-gita. Thus the whole problem has to be solved according to expert advices and it is not possible to solve the world problem so easily as by holding occasional discussions by some who are already themselves under the influence of the asuric qualities. This should be done most scientifically which is above mistakes and illusion.

As stated above the asura, as soon as he surrenders to Godhead makes the whole problem solved. But unfortunately the ____ to the threefold miseries of mother Nature and thus befooled by his repeated foolish activities will not easily surrender unto Godhead due to his long forgetful relation with the almighty Father. It is a hard job therefore to turn the asura to be a daiva but the process has been made easy by the Personality of Godhead Himself in the Bhagavad-gita. Mahatma Gandhijee took up this cause to begin with but he is gone without further progress in the matter. If we are intelligent enough we should again take up the matter more scientifically and do the job very nicely for the peace of the world.

I have, according to the instruction of my spiritual master, chalked out a programme of work according to Bhagavad-gita and I wish to discuss it personally with your good self to give the plan a practical shape. Will it be convenient for you to see me for this purpose? I am prepared to go to you at my cost at wait upon you if so desired by you. Awaiting your early reply and thanking you in anticipation.