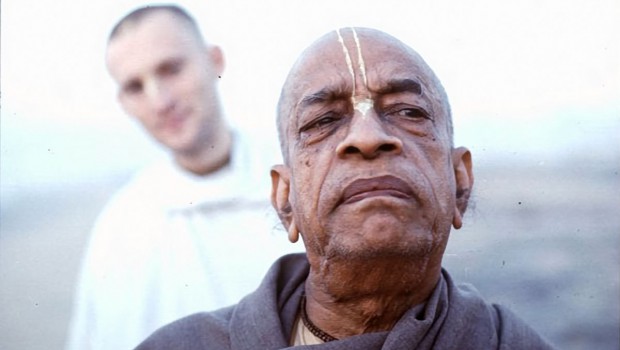 I don’t expect things will change. ISKCON is one of societies with old type of thinking, and this societies are condemned to collapse.

I am one of Czech devotees who signed a petition against local leaders including local GBC’s (the root causes of local problems). We send it to all the GBC’c, gurus, sannyasis. Nothing changed. GBC’s and their investigation commiteee were only interested in one thing: that we close down our webpage with petition, while they were saying from the very beginning that they will not change any leaders (or GBC’s) in spite of our many proofs of those leaders’ heavy physical, mental, and emotional abuses of devotees, lying, cheating, illegal means of getting money, alcohol drinking, incompetence.

Czech yatra has been damaged by two local GBC’s, child abuser and sarcastic cynic Suhotra, and a liar, cheater and politician Bhaktivaibhava, and his fanatic abusive disciples Narakriti, Asvahari, Trilokatma, Nila Madhava. More than twenty devotees including me is now forbidden to enter their centers and restaurants, and we have been threatened by violence. Prahladananda Swami refused to remove Bhaktivaibhava, saying that his disciples would protest. You can see our petition and correspondence with GBC’s on http://www.krsna.wz.cz

And TP of a Prague temple, abuser Narakriti das (October 3rd, 2000) saying: “The whole point is not what is true, what is not true. The whole point is not who is guilty, not guilty. The whole point is, that if we can do something to shut them up. That’s whole point, that RGB is doing. They do not care much. “Although GBC’s were presented those MP3’s, petition and testimonies, and although so called investigating commitee (Prahladananda Swami etc.) spoke with many devotees, nothing happened. We are still called demons, unwanted personalities, and leaders go on injecting young devotees with poisonous lies about us, forbidding them to speak with us.

“Sannyasi” Bhaktivaibhava shamelessly goes on with his politics and spending whole days playing with his computer, already fourth computer in one year, playing chess and so on. His disciples always sell away his old computers and buy a new, better and more costly ones. Leaders buy one mobile phone after onother and many other luxurious things for huge money, while devotees, after being squeezed out and abused, are thrown out on the street penniless. I am sure situation elsewhere in the world is similar. First I felt so much pain that we are being forced out of Iskcon but now I am thankful to Krishna that I am free from this organization show. I meet regularly with many devotees living outside, we and we have our Sunday feasts, having fun and trying to leave fearful past behind.

I know Kundali well. Last year we spoke several times, and this year he is to coming again to Czechia as I heard. He is aware of problems here but not involved. Since two of petitioners are his aspiring disciples, a local leaders immediadely made a propaganda that entire petition is aimed to destroy Iskcon and establish Kundali here. What else one can call such leaders than poor crazy rascals, to put it mildly. They wanted to beat us up. But I don’t care. More and more people starts to see that kings are naked.

Subject: The Power of Powerless By Vaclav Havel, 1978

“Totalitarian system touches a man by it’s demands almost on every step. The touch is, however, made in an ideological gloves. Therefore a life in the totalitarian system is out and out growned through by tissue of dissimulation and lie; the power of bureaucracy is called the power of people; all-round humiliation of a man is presented as man’s definitive liberation; isolation from informations as their opening up; power wilfulness as following a rule of law; suppressing culture as it’s development; absence of freedom of speech as the highest form of freedom; prohibition of independent thinking as the most scientific worldview; occupation as brotherly help. The power is in captivity of it’s own lies, and therefore it must falsify. It falsifies the past, it falsifies present time, and it falsifies future. It falsifies statistics. It pretends respecting of human rights. It pretends that it doesn’t pretend anything. One who lives in such a system doesn’t have to believe in all these mystifications. But he must behave as if he believed them or at least he must silently tolerate them or at least keep in with those who operate by them. But already because of that he must *live in a lie*. He doesn’t have to accept a lie. It is enough that he accepted life with it and in it. For by this already he endorses the system, fulfils it, makes it, *is it*.”

Subject: The Power of Powerless II

“Imagine that one day a person in the totalitarian system goes through inner change, and he starts to say what he really thinks, and even finds a strength to sympathize with those whom his conscience tells him to sympathize with. By this he steps out of life in a lie, he refuses ritual and breaks the rules of the play; he again finds his suppressed identity and dignity. Now, it will be the power structure itself who through sanctions carriers – as it’s anonymized links – discharges that person out of itself; it will be the system itself which will punish him. The system has to do it out of logic of it’s “automatic movement” and it’s self-protection. Because our man didn’t commit just some individual slip but he did something much more serious: by breaking the rules of the play he *canceled the play* as such. He exposed it as being simply a play. He destroyed the world of semblance, this basic support of the system; he showed that a life in a lie is a life in a lie; he breaked through a facade of “higher” and revealed real, lower basis of power. He said that the king is naked. And because the king is really naked, something very dangerous happened – our man by his act addressed the world; he enabled everyone to look behind a curtain; he showed everyone that *it is possible to live in truth*.

A life in a lie could function as a constitutive support of the system only if such a life would be universal, i.e. if it would encompass and pervade everything. It can’t bare any co-existence with a life in truth. Every stepping out of the life in a lie denies life in a lie as a principle and endangeres such a life as a whole.”

Today we, a part of devotees in Czech republic named later on, would like to express, after a long time of considering the whole matter, our grievancess and coplaints against the leadership here in the Czech yatra, particulary devotees named below, for years longing manipulations and misuse of their positions, for misconduct, misinterpretation of sastra, dishonesty, discrepances between pracar and acar, blesphemy, spreading of rumors and lies about others with certain aims and threatening those unwilling to unconditionaly surrender to them.

We have formulated this petition with an aim to stop a misinterpretation of sastra and its use with manipulative motivation, as well as, that ISKCON laws are not only maintained, but also that devotees in general should know about their existence as such. The same it is with every years resolutions of the GBC.

We are all very much concerned about how this matter is dealt with, and are ready to go with our grievances quite far, viz part ‘suggestions’ by the end of our petition.

We guess we should start herein to built our complaints on some solid basement of evidence; it is devided into couple of parts:

1) Grievances and complaints by devotees personaly, ie. they present their own ‘case’ and what they eventually witnessed happened to others or what else misconduct they witnessed.

2) Examples of manipulation of philosophy or its misinterpretation.

3) List of ISKCON Laws we found applicable and also on their strenght we make our charges.

4) List of hearsays, for some of the exmembers of ISKCON are not possible to contact, or they don’t want to have anything to do with this organisation any more, in no capacity, yet, how they were mistreated is still in the memory of others.

Herein is the list of complying devotees, in alphabetical order:

And what follows is a list of devotees to be charged, in alphabetical order:

Asvahari das for strong abusive aproach towards devotees in general, being vulgar and harsh in his dealings, for physicaly assaulting at least 3 devotees during his years in ISKCON (bhakta Jan Pipal, bhakta Martin and Krsnavalli dd), for misinterpreting sastra and for his misconduct in dealings.

Dharma Rupa das for his non Vaisnava aproach in the matter of accusation of his misuse of funds in Govinda’s restaurant (Na Hrazi), for wilful removal of two devotees from their service, for wilful forbading of other devotees to come to ‘his’ restaurant.

Lomancita das for his manipulative and abusive behavior, for his interfering in the relationship of guru and disciple, for constatnt spreading of rumors and lies about other devotees, for open lying to the devotees about others, for misusing of trust of the devotees and for making constant politics and blesphemy as well as for his misuse of the sastra for justifying above mentioned misdeads, for wilifuly forbading the devotees with whom they can meet and speak or not, for wiliful forbading of coming of some devotees to the restaurant (Soukenicka), for demands to be served by other devotees, for his deviations in the name of devotional service which he wants to implement into the lives of other devotees.

Manidhara das for his endless manipulations of the devotees, for misusing of their trust, for spreading of rumors and politics, for threats to the devotees, misinterpretation of the sastra, for his aggresions in the dealings with the devotees, for his interefering in the relationship of the guru and disciple.

Narakriti das for his strongly abusive and manipulative behavior, for his threatening to the devotees, for physical assault to at least one devotee, for his misconduct and misuse of his position, for reading private mail of the devotees, for hidding the facts devotees should know (such as GBC resolutions, ISKCON Laws etc), for his wiliful acts such as removing devotee from the temple or threatening by it, for blesphemy of devotees and spiritual autority, for negligence of his duties as TP, for his demands for personal servitorship.

Nila Madhava das for his aggresive behavior, for misuse of the sastra, for manipulation in the dealings with the devotees, for his making traveling sankirtana for many devotees extremely unpleasant, for misconduct and causing devotees to deviate from the path of devotional service in the name of devotional service.

Raghunatha Priya das for his misuse of position, disabling performance of devotional service to a non temple dependent ISKCON member.

Trilokatma das for his repeated loose of temper which caused lots of havoc in life of many devotees, for his demanded respect which brought many devotees out of ISKCON.

Varnasrama das for his negligence in his position of an authority.

We would like to see that our petition is taken seriously as charges are of a serious nature. We hope that we can solve these problems out within ISKCON jurisdical system, including that one of misusing of the funds.

With respects,
Hare Krsna,
remaining your servants, as listed above