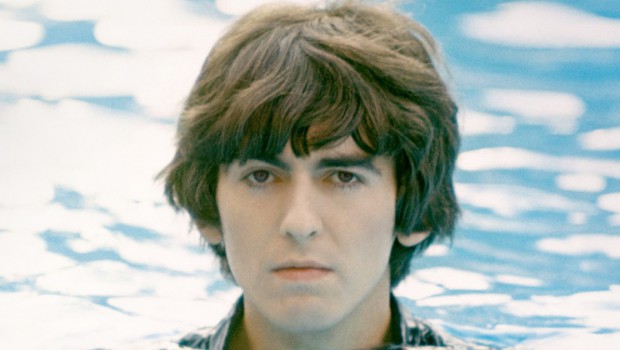 As I was about to leave work on Friday morning after a night shift, one of my coworkers coming in broke the news about George Harrison passing away. That news really made me feel a great sadness. Albeit I never met him, saw him, nor had any personal contact with him, he still had a profound effect on my life and I would like to give a brief testimony of my

It was October 1974 and I was only fourteen years old. However, I had already listened to The White Album, All Things Must Pass, and The Concert for Bangladesh so many times that I probably knew all the lyrics by heart. I was a sophomore in a Catholic high school in Augusta, Georgia, and many of the kids there knew that I was curious about Krishna Concsiousness because of The Beatles and specifically George Harrison. I was interested in anything George Harrison was interested in and had even grown my hair to below my shoulders to try to be like him. In one of the Sunday paper magazine inserts called Parade, there was a picture of George Harrison playing kartals in a kirtan with some devotees. So my next project was to get a pair of kartals too.

One day a girl I knew told me that she had seen some devotees in a K-Mart parking lot. So off I went to try to find them to see if I could buy a pair of kartals like in the picture. When I got to the parking lot, I found the devotees in their orange volkswagen van about to drive off back to the Atlanta Temple. Immediately, a devotee named Mahejya Das started talking to me about getting a book about Krishna. Well, I was only interested in getting a pair of kartals at the time and I had only ten dollars with me. When Mahejya found out about my interest in George Harrison, he told me that the Chaitanya Charitamrita had some words written in it by George Harrison.

So instantly I became interested in the book also, although I still wanted the kartals. Very kindly, Mahejya prabhu gave me both the Adi-lila Vol.3, and a pair of kartals for the ten dollars. As the devotees were driving off, I started looking for George Harrison’s words, and ended up reading the whole book by that weekend. That was enough to make me interested in chanting Hare Krishna on beads, and in visiting the temple. You can imagine how thrilled I was to later get the Krishna book and read the Words from Apple by George Harrison, glorifying Krishna and Shrila Prabhupada. For the rest of the year and my junior year, I would read the Krishna book during lunch and finished the three books.

Although I am sure “Shriman” George Harrison is now in a better situation (by his service to Shrila Prabhupada) for advancing in his Krishna Consciousness, I am sure many people, including the family he left behind, will miss him very much. He became dear to Lord Krishna’s pure devotee, Shrila Prabhupada, and for that his life was glorious.