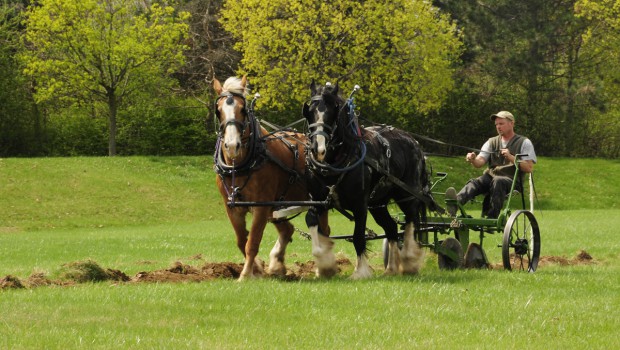 Published on May 14th, 2022 | by joseph-b--frazier-associated-press-writer | Full size image

SISTERS, Ore. (AP) – To some, the thought of a farmer patiently working the field behind a horse and plow might evoke pangs of nostalgia for the early days of agriculture. But in fact, the practice is making a comeback.

Ol’ Dobbin hasn’t run the tractors out of the fields yet. But increasingly, small farmers are finding horse-powered agriculture a workable alternative to mechanization.

Lynn Miller, whose quarterly “Small Farmer’s Journal” tracks horse-farming, estimates about 400,000 people depend in some measure on animal power for farming, logging and other livelihoods. He says the number is on the rise.

Many are Amish farmers in Iowa and Pennsylvania who shun mechanization, but some are farmers who have turned to horses because of the bottom line, citing soaring fuel prices and the ability of the animals to produce their own replacements.

They also say the animals are better for the soil and can be used in wet weather when a tractor often cannot.

Miller, who farms with horses on his own ranch, said the practice began spreading beyond Amish communities about 20 years ago.

“When I started 31 years ago there were no companies making equipment for animal-powered agriculture,” he said in his office in this central Oregon town. “Fifteen years ago I could count them. Today I have no idea how many there are.”

Miller estimated that 60 percent to 70 percent of those who try horse-and-plow farming stay with it. “It takes a certain personality,” he said. “It’s a craft, not a science.”

Miller said a farmer with horses can earn triple or more the earnings per acre than one farmed by agribusiness.

Ron VanGrunsven farms about 50 acres with horses near Council, Idaho, and has used horses for years there and in Oregon’s Willamette Valley.

“They’re more economical,” he said. “They raise their own replacements, you can train them yourself and raise their feed.”

A mare can produce a foal every year or so, and Miller says that, if properly trained, one can bring about $2,000 after two years.

A plow horse usually lasts 16 or 18 years, Miller said. He said he looks after his stable of nine carefully and veterinarian bills rarely total $200 a year.

VanGrunsven said a two-horse team and a farmer can plow about an acre and a half a day if the ground is right and that an acre usually produces more than enough hay to feed a horse for a year.

“Most of my equipment is not new,” said VanGrunsven. “It is from the 1930s or earlier. It has been repaired and cleaned up. … The older things were designed so they could be fixed if they broke. When newer things break, they have to be replaced.”

Horse farming was common until the end of World War II, when the government and manufacturers started promoting mechanization to soak up the surplus industrial capacity, Miller said.

Horses could often be used as down payments for tractors, he said, “and they went to the glue factories by the hundreds of thousands.” 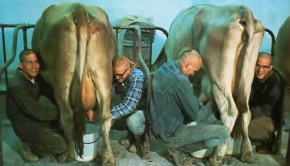 Develop Brahminical Culture on The Basis of Protecting Cows → 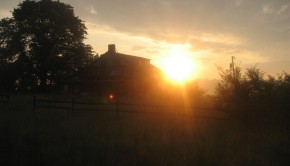