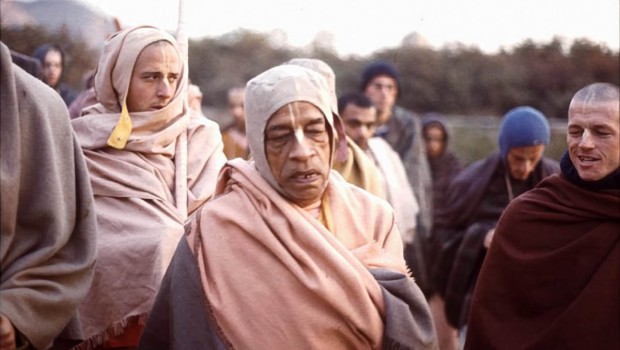 In order to properly understand where ISKCON went wrong, we therefore have to distinguish between the Founder and some of his over-ambitious disciples and secretaries who did not follow his orders and teachings. Please do not lump in Srila Prabhupada with his bogus successor-disciples!

“Hare Krishna” is a cultural, philosophical and religious movement which is intended for the reformation and upliftment of the entire human society, but false Iskcon successor gurus have turned the movement into a perverted sect which has to be reformed itself first.

Regrettably, after the departure of Srila Prabhupada in 1977, the institution he founded, ISKCON, became embroiled in a phenomenal amount of negative publicity and scandals. This can be entirely traced to the fact that false gurus have taken over the movement posing as successors and spiritual leaders, although not qualified in the least. Religious propagandists in the garb of devotees, fakes and unqualified students rushed in to imitate their master, women-hater, homosexuals and pedophiles posing as spiritual leaders.

In order to properly understand where the movement went wrong, we therefore have to distinguish between the Founder and some of his over-ambitious disciples and secretaries who did not follow his orders and teachings. Please do not lump in Srila Prabhupada with his bogus successor-disciples!

The false Iskcon gurus who succeeded Prabhupada theoretically accepted the premise that to find God, the false ego must be defeated. And yet with few exceptions they had huge materialistic egos themselves. Religious scholars say that a crisis occurs when the spiritual leader of a religious movement dies. The success or failure of the movement depends upon how pure the new successor-disciples spread the teachings of the founder, or if they deviate from it.

To a large degree, the Krishna Consciousness Society is in shambles because too many new gurus did not want to spread Prabhupada’s teachings; they wanted to be Prabhupada. Cheap imitators. Because of that, the Hare Krishna movement degenerated into a number of competing cult members that have known murder, the abuse of women and child molestation, drug dealing, and swindles that would impress a Mafia don.

Iskcon leaders have heavily deviated after Prabhupada’s death. They grabbed for power, money and disciples. They were the inner club, heirs apparent to the assets of Prabhupada’s movement. Disregarding his instructions, they put perverts, criminals and sexual deviants in charge of the movement.

Unfortunately, when a bona fide spiritual master disappears, rogues and non-devotees take advantage and immediately begin to introduce unauthorized principles in the name of so-called swamis, yogis, philanthropists, welfare workers and so on.The real guru, the spiritual teacher who is a representative of the Lord, establishes these principles, but when he disappears, things once again become disordered through unqualified disciples and false successor gurus, not following the teachings properly.

The exploits of such false Iskcon gurus as Harikesha, Bhavananda, Hansadutta, Bhagavan, Jayatirtha, Kirtanananda, and Rameswara are legendary and extremely embarrassing. They are especially reprehensible because they were GBC-leaders and their GBC peers sanctioned and condoned their activities for many years at the expense of Srila Prabhupada’s reputation, assets, disciples and mission.

These immature and familiar Westerners with no proper training, failed to execute the orders of the founder Srila Prabhupada and deviated from his teachings. They thought that by imitating his external dress only they could become like him. They had no idea who He was/is. Power-hungry for name, fame, glory and adoration they artificially posed as successors and took over the movement by politics, disregarding Srila Prabhupada’s instructions and last will.

But this is the story of how the destructive metamorphosis happened; of how good became evil; of how false gurus claim to embody Krishna’s mercy but behave without mercy. And no power, as we will discover, corrupts as absolutely as fanatical religious power.

Since 1987, reformers in the movement have worked to purge ISKCON of the horrors committed by false successor gurus. For this reason the ISKCON Revival Movement (IRM) was formed. They hope to restore the spiritually powerful principles on which the movement was founded, but ISKCON leaders are so quick to ex-communicate and banish anyone who preaches contrary to their corrupted leadership and bogus philosophy.

Dissenters can still be banned, beaten, shot or otherwise intimidated as described in the book “Monkey On A Stick”. Until this mafia-ism halts, many devotees will prefer to stay away and/or remain anonymous. A class-action-law suit filed by Adridharana in Calcutta India, as well as by Windle Turley in Dallas, is presently under way to persecute and purge out the criminal elements in the movement. Many devotees are finally waking up, but still are fearful of reprisals from ISKCON’s bogus GBC/Guru leadership.

We therefore like to request all devotees world-wide, who have been alienated from and abused in ISKCON, not only sexually, but in many different other ways also, such as being banned, beaten, shot at and kicked out of the movement, to file for a follow-up lawsuit to purge out all those criminal elements in the society, and end the bogus GBC/Guru leadership.