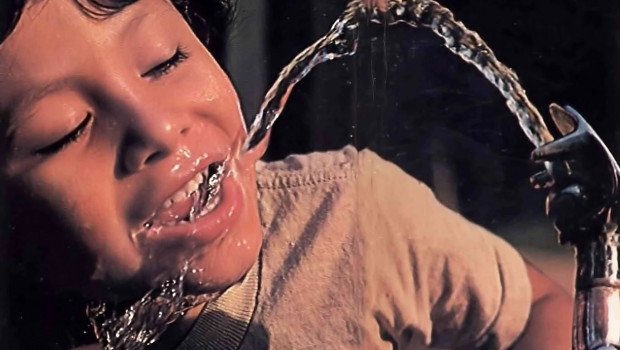 Krishna Says “I am…”

As we continue reading the Seventh Chapter of Srila Prabhupada’s Bhagavad-gita As It Is we find Krishna explaining Himself to His friend Arjuna.

O son of Kunti [Arjuna], I am the taste of water, the light of the sun and the moon, the syllable om in the Vedic mantras; I am the sound in ether and ability in man. (Bhagavad-gita 7.8)

Here we can see how Krishna can be understood by both His spirtual and His material energies. Even if one does not have spiritual vision still Krishna can be preliminarily perceived by His different energies, and in this way He is realized impersonally.

As the sun god is a person in the sun planet and he can be perceived in an impersonal way by his all-pervading energy, the sunshine, similarly, Krishna, although in His eternal abode, is perceived by His all-pervading, diffusive energies.

The taste of water is the active principle of water. No one likes to drink sea water because the pure taste of water is mixed with salt. Attraction for water depends on the purity of the taste, and this pure taste is one of the energies of Krishna. The impersonalist perceives the presence of the Lord in water by its taste, and the personalist also glorifies the Lord for His kindly supplying water to quench man’s thirst. That is the way of perceiving the Supreme.

The light of the sun and the moon is also originally emanating from the brahmajyoti, which is the impersonal effulgence of the Lord. Similarly pranava or the omkara transcendental sound used in the beginning of every Vedic hymn to address the Supreme Lord also emanates from Him. Because the impersonalists are very much afraid of addressing the Supreme Lord Krishna by His innumerable names, they prefer to vibrate the transcendental sound omkara. But they do not realize that omkara is the sound representation of Krishna. The jurisdiction of Krishna consciousness extends everywhere, and one who knows Krishna consciousness is blessed. Those who do not know Krishna are in illusion, and so knowledge of Krishna is liberation, and ignorance of Him is bondage.

I am the original fragrance of the earth, and I am the heat in fire. I am the life of all that lives, and I am the penances of all ascetics. (Bhagavad-gita 7.9)

Everything in the material world has a certain flavor or fragrance, as the flavor and fragrance in a flower, or in the earth, in water, in fire, in air, etc.

The uncontaminated flavor, the original flavor, which permeates everything, is Krishna. Similarly, everything has a particular original taste, and this taste can be changed by the mixture of chemicals. So everything original has some smell, some fragrance, and some taste.

Fire is Krishna and without fire we cannot run factories, we cannot cook, etc. The heat in the fire is Krishna. According to Vedic medicine, indigestion is due to a low temperature in the belly. So even for digestion fire is needed.

In Krishna consciousness we become aware that earth, water, fire, air and every active principle, all chemicals and all material elements are due to Krishna.

The duration of man’s life is also due to Krishna. Therefore by the grace of Krishna, man can prolong his life or diminish it. So Krishna consciousness is active in every sphere.

O son of Prtha, know that I am the original seed of all existences, the intelligence of the intelligent, and the prowess of all powerful men. (Bhagavad-gita 7.10)

Krishna is the seed of everything. In contact with material nature, the seed fructifies into various living entities, movable and inert. Birds, beasts, men and many other living creatures are moving living entities; trees and plants, however, are inert—they cannot move, but only stand.

As stated in Vedic literature, Brahman, or the Supreme Absolute Truth, is that from which everything is emanating. Krishna is Parabrahman, the Supreme Spirit. Brahman is impersonal and Parabrahman is personal. Therefore, originally, Krishna is the source of everything. He is the root.

As the root of a tree maintains the whole tree, Krishna, being the original root of all things, maintains everything. This is also confirmed in the Vedic literature. “The Supreme Absolute Truth is that from which everything is born.” He is the prime eternal among all eternals. He is the supreme living entity of all living entities, and He alone is maintaining all life.

Krishna also says that He is the root of all intelligence. Unless a person is intelligent he cannot understand the Supreme Personality of Godhead, Krishna.

I am the strength of the strong, devoid of passion and desire. I am sex life which is not contrary to religious principles, O Lord of the Bharatas [Arjuna]. (Bhagavad-gita 7.11)

The strong man’s strength should be applied to protect the weak, not for personal aggression. Similarly, sex life, according to religious principles (dharma), should be for the propagation of children, not otherwise. The responsibility of parents is then to make their children Krishna conscious.

All states of being—be they of goodness, passion or ignorance—are manifested by My energy. I am, in one sense, everything—but I am independant. I am not under the modes of this material nature. (Bhagavad-gita 7.12)

All material activities in the world are being conducted under the three modes of material nature. Although these material modes of nature are emanations from the Supreme Lord, Krishna, He is not subject to them.

Under the state laws one may be punished, but the king, the lawmaker, is not subject to that law. Similarly, all the modes of material nature—goodness, passion and ignorance—are emanations from the Supreme Lord Krishna, but Krishna is not subject to material nature. Therefore these modes of nature, although issuing from Him, do not affect Him. That is one of the special characteristics of Bhagavan, or the Supreme Personality of Godhead.

Deluded by the three modes [goodness, passion and ignorance], the whole world does not know Me who am above the modes and inexhaustible. (Bhagavad-gita 7.13)

The whole world is enchanted by the three modes of material nature. Those who are bewildered by these modes of nature cannot understand that transcendental to this material nature is the Supreme Lord, Krishna.

There are four classes of men functioning in the three material modes of nature. Those who are purely in the mode of goodness are called brahmanas. Those who are purely in the mode of passion are called ksatriyas. Those who are in the modes of both passion and ignorance are called vaisyas. Those who are completely in ignorance are called sudras. And those who are less than that are animals or animal life. However, these designations are not permanent. I may either be a brahmana, ksatriya, vaisya or whatever—in any case, this life is temporary. But although life is temporary and we do not know what we are going to be in the next life, still, by the spell of this illusory energy, we consider ourselves in the light of this bodily conception of life, and we thus think that we are American, Indian, Russian or brahmana, Hindu, Muslim, etc. And if we become entangled with the modes of material nature, then we forget the Supreme Personality of Godhead who is behind all these modes.

So Lord Krishna says that men, deluded by these three modes of nature, do not understand that behind the material background is the Supreme Godhead.

There are many different kinds of living entities—human beings, demigods, animals, etc.—and each and every one of them is under the influence of material nature, and all of them have forgotten the transcendent Personality of Godhead. Those who are in the modes of passion and ignorance, and even those who are in the mode of goodness, cannot go beyond the impersonal Brahman conception of the Absolute Truth. They are bewildered before the Supreme Lord in His personal feature, which possesses all beauty, opulence, knowledge, strength, fame and renunciation.

When even those who are in goodness cannot understand, what hope is there for those in passion and ignorance?