[This is an article from London Ratha-Yatra Festival 1970 Photos | Krishna.org
Festivals 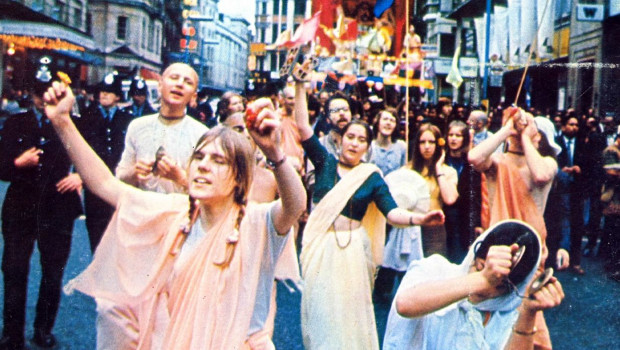 [This is an article from www.Back2Godhead.com]

The mammoth chariot lumbered down through the heart of London, while on all sides thousands chanted and danced in ecstasy. Piccadilly Circus overflowed with the masses who lined the streets and sidewalks. The giant tower, over 50 feet high, swayed precariously as Lord Jagannatha’s Rathayatra car moved slowly towards Trafalgar Square. From between the buildings of disbelieving window-watchers, the challenging stature of the red, yellow and blue chariot, bedecked with flowers and gems, lotus petals and sparkling ornaments, appeared most imposing. And seated on the huge chariot, His golden cape blowing gracefully in the midsummer air, Lord Jagannatha, accompanied by His sister, Subhadra, and His brother, Balarama sat regally surveying the phantasmagoria of banners and flags, festoons and drums. The devotees sat reverently at the lotus feet of Their Lordships and led the teeming crowds in the chanting of Hare Krsna, Hare Krsna, Krsna Krsna, Hare Hare/Hare Rama, Hare Rama, Rama Rama, Hare Hare. The multitudes responded with an incredible procession of singing and dancing that extended for a thousand yards around the chariot—all in glorification of the Supreme Personality of Godhead, Krsna.

The second annual London Rathayatra festival happened just like that. Two years before, when six disciples of the Hare Krsna Movement first invaded British soil, the newspapers declared: “KRSNA CHANT STARTLES LONDON.” Londoners still haven’t recovered from that initial shock of transcendental sound vibration. The Radha-Krsna Temple (London) hasn’t let them. The devotees there (now numbering near thirty) have continued to bombard England with Hare Krsna on records on television and radio, in the movies, in newspapers and magazines, and daily the sankirtana party of saffron-clad chanters dance their way down Oxford Street.

The founder-acarya of the International Society for Krsna Consciousness is His Divine Grace A.C. Bhaktivedanta Swami Prabhupada. All knowledge of the topmost yoga system known as bhakti-yoga, propagated around the world by the Hare Krsna Movement, has come from him. On the order of his spiritual master, Srila Prabhupada has introduced this science of God realization in the Western world. So perfect is the science of Krsna, so blissful is its execution, that in just four years over 50 centers of Krsna consciousness have been established by His Divine Grace, and the entire Western world has recognized the absolute authority of the Hare Krsna mantra. Public festivals held for the glorification of God are a unique, happy process by which many, many people can achieve bhakti-yoga, devotion to the Supreme Lord. If the festival is pleasing and people respond to nice chanting, decorated carts and prasadam (spiritual foodstuffs offered first to the Supreme Lord), then they are actually appreciating Krsna Himself, and by such appreciation all can attain pure devotional service. That is the transcendental meaning to the Rathayatra Festivals. 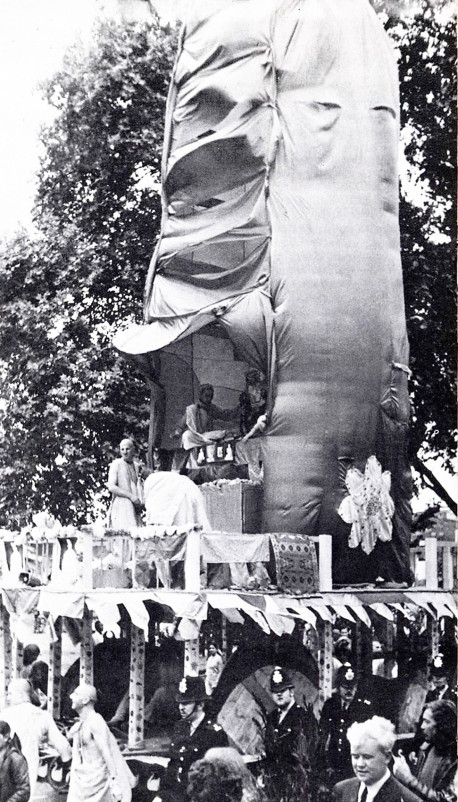 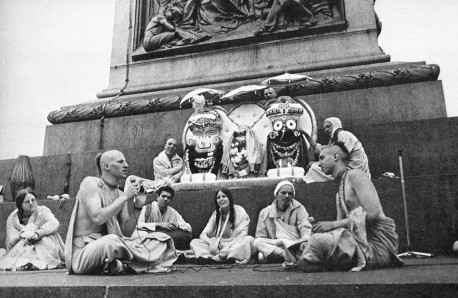 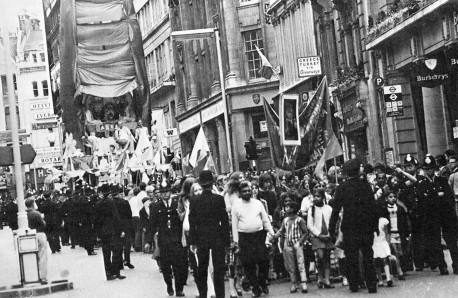 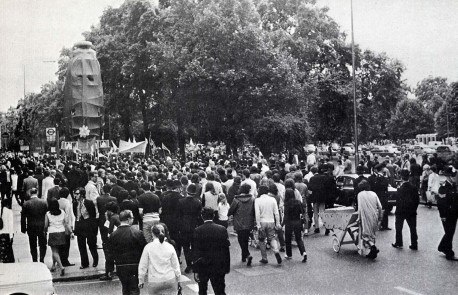 Festival of India — BEHIND THE SCENES! →