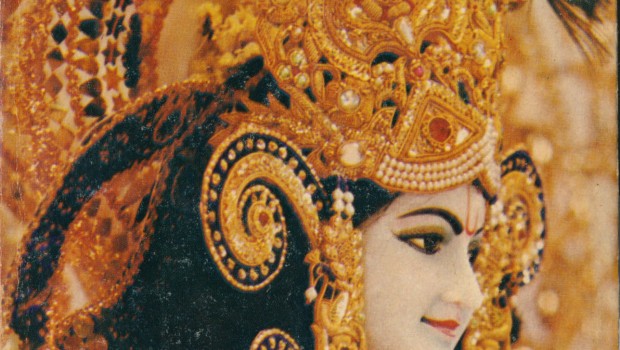 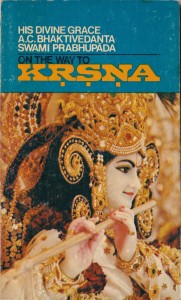 To download On The Way To Krishna please click on the book cover image on the left.

Happiness is generally perceived through our senses. A stone, for instance, has no senses and cannot perceive happiness and distress. Developed consciousness can perceive happiness and distress more intensely than undeveloped consciousness. Trees have consciousness, but it is not developed. Trees may stand for a long time in all kinds of weather, but they have no way of perceiving miseries. If a human being were asked to stand like a tree for only three days or even less, he would not be able to tolerate it. The conclusion is that every living being feels happiness or distress according to the degree of development of his consciousness.

The happiness that we are experiencing in the material world is not real happiness. If one asks a tree, “Are you feeling happy?” the tree, if it could, might say, “Yes, I am happy, standing here all year. I’m enjoying the wind and snowfall very much, etc.” This may be enjoyed by the tree, but for the human being it is a very low standard of enjoyment. There are different kinds and grades of living entities, and their conceptions and perceptions of happiness are also of all different types and grades. Although one animal may see that another animal is being slaughtered, he will go right on chewing grass, for he has no knowledge to understand that he may be next. He is thinking that he is happy, but at the next moment he may be slaughtered.

In this way there are different degrees of happiness. Yet of all of them, what is the highest happiness?

2 Responses to On The Way To Krishna PDF Download