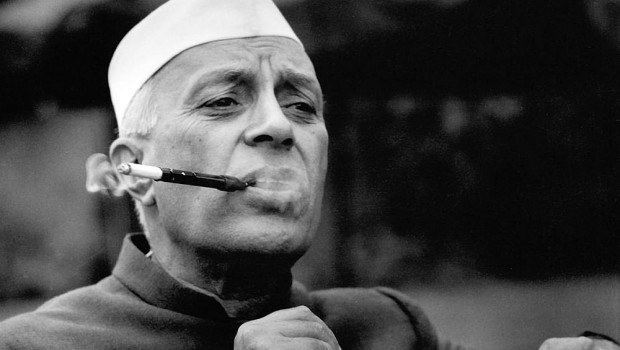 The incident that we are going to recount took place in mid-sixties. It took place soon after Nehru’s death when Prabhupada was still alive. I was then working in an office in downtown Broadway in New York City, not too far from Brooklyn.

There at Brooklyn, in Henry Street, Prabhupada used to preach in a small house, which served, at the time, as some kind of a head-quarters of the Hare Krishna people. I used to go and attend their services, now and then, mostly after office and before returning to my apartment in Flushing, Queens.

Prabhupada, whenever he visited New York at the time, put up there and his sermons were attended in the evenings by a big crowd. Not only were there the usual chantings and eventual prasadam but there was a serious question and answer period. And the subjects varied from Varnashram Dharma to Reincarnation and many other similar topics. They were naturally of great interest to the local boys and girls, men and women of America but for us Hindus of India too, the question & answer period was of extreme interest and enlightenment. Those who have had the good fortune of hearing, first hand, Prabhupada’s sermons could easily imagine how charged the discussions were.

Nehru had died only a few weeks ago in India. Ashes from his funeral pyre had been strewn from airplanes, all over India. Every-where in India, the dead man’s eulogy was being sung and this was the man who was at the root of India’s unpreparedness when China attacked, the Kashmir imbroglio, the minority (or Mohammedan) problems in India and so on. It was amazing that many of the American disciples of Prabhupada were better informed of problems in India, generated by Nehru and his incompetence. However, the man had died only recently and out of a sense of propriety, no one spoke ill of Nehru in that congregation at the time.

Then a youngman asked Prabhupada a question on re-imcarnation. Was it true that most dead were reborn and passed through the cycle of life and death once again, except those few good men who attained nirvaana and were not born again but blended with Brahman or the Almighty? If so, could Prabhupada (who was considered to be a reincarnation of the sage Vyasa, the writer of the Mahabharatam) throw some light on the current status of Nehru. Did he obtain nirvaana or was he reborn; if so what kind of a body did he receive on his next birth?

The question was a loaded one, I thought. In fact, I had the misgiving that Prabhupada might refuse to answer. But then, I was wrong. I had not yet known Prabhupada so well. He was undaunted by any question and his reply came forth instantly. Quite clearly Prabhupada knew Nehru like the palm of his hand; it was us who knew so little of the man, thanks to all the well executed suppression of details of Nehru’s private and personal life by the GoI and the Indian media. For instance, even today, some half a century after Nehru and his family took over the reins of Indian government, we do not know who indeed was Indira’s father-in-law!

Prabhupada started his discourse. He said that Nehru was re-born almost immediately after his death, a thing that happens only to the most sinful people. He did not even have a short-lived taste of heaven before he was born again. What was worse, is that Nehru was born this time in the form of a dog. He was a dog in a small town of Sweden. His master had another dog before the dog-Nehru was acquired by him and so the dog-Nehru had to share the love of his master with another dog.

Prabhupada explained that to be born as a dog, after having been born as a Kashmiri Brahmin in India, is a big fall. It indicated that Nehru had led a vile life, a very vile life, during his existence as a man in India. Also, Nehru’s hatred for anything vaishnava did not make things any easier for him.

That Nehru was a meat-eater, specially beef-eater, a regular wine-drinker, made things even worse for him. On top of that, Nehru was (a fact which we did not know then and learnt later, much later, only after having read M.O. Mathai’s treatises on Nehru; Mathai should know for he was the Catholic private secretary for Nehru for a decade or so) a notorious womanizer. It was not only Mrs. Mountbatten that he slept with on a regular basis while our jawans were dying on battle fields in the north-east and in Kashmir; he used to sleep with each and every woman he could lay his hands on. Thus, he had left a chain of bastards one of whom had been delivered in a Catholic nunnery in Bangalore. In the mean time, his sidekick, one Krishna Menon, became the Minister of Defense. First thing he did was dismantle the Ichhapore Gun Factory and turned it into a coffee making machine factory. He was a communist and he loved the Chinese more than he loved Indians.

Prabhupada was quite discreet; we know now, for he did not divulge to us at the time that Nehru finally died of syphilis (exactly like the communist leader Lenin of Russia) and not a bullet wound on the battle front. Prabhupada, however, told us in detail all the harms Nehru did to the Hindus of India, all the insults that he had heaped on them during his reign.

Nehru used to brag of his non-Hindu upbringing. He used to say openly that he was brought up as a Mohammedan, educated as a westerner; it was only by accident that he was born a Hindu. It is now known that he was born in a house in the red-light district of Allahabad, where his father Motilal used to ply a brothel-keeper’s trade. No one wants to talk of this dark side of Nehru’s upbringing. On the other hand, it is said openly, wrongly of course, that he was born in the Anand Bhavan, which was not even owned by Moti Lal at the time Nehru was born.

However, the few little details that we learnt from Prabhupada opened our eyes and I returned home very depressed. I was even more depressed to think that our people in India were singing all kinds of fulsome obituaries for this man who was worse than a traitor to the Hindus, the overwhelming majority of India. What was wrong? The next few years showed us all that was wrong! His daughter, in order to create differences between the Hindus and the Sikhs, the fighting arm of the Hindus since generations, attacked the sacred temple at Hari-Mandir Sahib in Amritsar. She had to pay for the crime with her life and event-ually, as we have all seen, our gods saw to it that the dynasty was totally destroyed for the sins of Nehru, now a dog in Sweden! –

46 Responses to Prabhupada And Nehru’s Incarnation