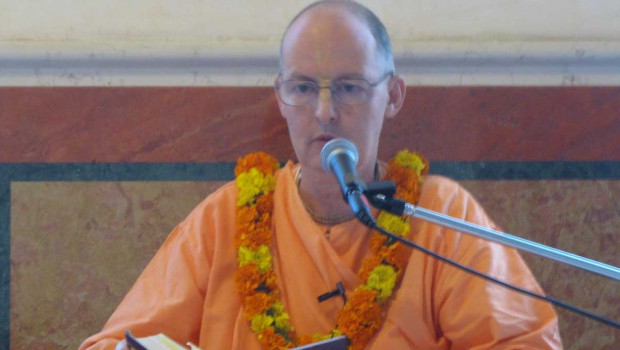 Don’t take shelter of the GBC who CAN NOT DELIVER YOU. I can guarantee that Satsvarupa can not take you or any of his disciples back home, back to Godhead. You need to take shelter of Srila Prabhupada, serve him, enquire from him submissively. Such a pure devotee can give you real knowledge because he has seen the truth.

You have taken offense to Bhakta Zach’s article on Satavarupa.

The ISKCON idea is that you may come to Krishna consciousness by reading Srila Prabhuapda’s books but to advance you need to select a “living guru” from the group authorized by the GBC. They also teach that just because a devotee has been initiated by Srila Prabhupada he is an advanced devotee. Unfortunately practically everyone who has followed the GBCs advice has ended up with a bogus guru not even qualified to deliver himself back home back to Godhead, what to speak of his disciples. This has devastated their spiritual lives. We have to wake up and realize that the ISKCON guru system is simply not working at all. It is a disaster. Tens of thousands of devotees have been convinced by ISKCON to accept gurus who are not qualified to take them back home to Godhead and their spiritual lives have been destroyed.

Typically the gurus live very comfortable lives at the cost of their disciples “guru daksina” and in this way exploit their disciples for their own sense gratification. It is a system of exploitation of sincere souls attracted to Krishna and Srila Prabhupada. This destroys whatever attachment the disciple has to Krishna and Prabhupada and destroys the “guru” because of the sinful exploitation of his disciples. A guru can not take service from a disciple unless he can deliver that disciple back home back to Godhead.

ISKCON is not helping people at all. It is taking sincere souls who are attached to Krishna and Srila Prabhupada and breaking that attachment and training them to become attached to conditioned souls who can not deliver Krishna consciousness to them and can not take them back home, back to Godhead.

ISKCON is destroying people, not saving them.

Unfortunatly you are mistaken. And you have been fooled by ISKCON.

Satsvarupa is an ordinary conditioned soul. He is fallen in so many ways. He did have the great fortune of meeting Srila Prabhupada and he did join Srila Prabhupada’s movement and work very sincerely for ISKCON. But he took the position of acharya without Srila Prabhupada’s order and without being qualified for the post. He initiated thousands of devotees who now, due to his inability to guide them properly, are no longer practicing Krishna consciousness. He took service from his disciples without being able to deliver pure love of God, Krishna consciousness. Therefore he is a great cheater, and if you will take the time to read Srila Prabhupada’s Sri Isopanasad you will see that there is no greater cheater than one who undertakes this “guru business” without being qualified.

Now we see that Satsvarupa has very serious mental problems, he is taking so many psychotic drugs to try to control his mind, he has been having illicit sex with a women and he continues to act as “guru” to his disciples and continues to write his bogus books transferring his warped ideas of Krishna consciousness to his disciples.

“It is not this guru business. It is not guru business. Guru must transfer his qualities to the student. How it is there that a man makes one’s person as disciple and he remains a sudra? What is this nonsense?” (Srila Prabhupada lecture on Bg. 9.2)

“The pseudo religionists have neither knowledge nor detachment from material affairs, for most of them want to live in the golden shackles of material bondage under the shadow of philanthropic activities disguised as religious principles.

“By a false display of religious sentiments, they present a show of devotional service while indulging in all sorts of immoral activities. In this way they pass as spiritual masters and devotees of God. Such violators of religious principles have no respect for the authoritative acaryas, the holy teachers in the strict disciplic succession.

“They ignore the Vedic injunction acaryaupsana—”One must worship the acarya”—and Krsna’s statement in the Bhagavad-gita (4.2) evam parampara-praptam, “This supreme science of God is received through the disciplic succession.” Instead, to mislead the people in general they themselves become so-called acaryas, but they do not even follow the principles of the acaryas.

“These rogues are the most dangerous elements in human society. Because there is no religious government, they escape punishment by the law of the state. They cannot, however, escape the law of the Supreme, who has clearly declared in the Bhagavad-gita that envious demons in the garb of religious propagandists shall be thrown into the darkest regions of hell (Bg. 16.19-20). Sri Isopanisad confirms that these pseudo religionists are heading toward the most obnoxious place in the universe after the completion of their spiritual master business, which they conduct simply for sense gratification.” (from Srila Prabhupada’s Sri Isopanasad Mantra 12)

Who is this Zach. And what authority does he have to speak about Satsvarup Das Goswami. The most obvious is there. He is obviously not even initiated therefore, he has no authority. So I am pleading to whomever is in contact with Zach to please teach him a little about vaisnava aparata. Maybe if he is taught properly he will understand that if a person is trying to establish himself in Krsna consciousness, he must first understand the rules that Krsna has set forth and the rules that Srila Prabhupada has reiterated time and time again. Furthermore, Those that let this type of behavior persist is not only hurting Zach but by allowing this, ultimately, they are approving such actions. Such actions are a definite 1st class trip to the hellish regions. So if we care about Zach, those advanced devotees that are in charge of him will teach him properly. If I have committed some offense, I beg your forgiveness. 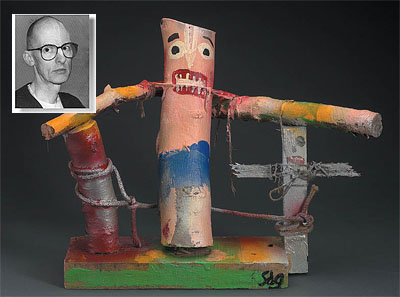