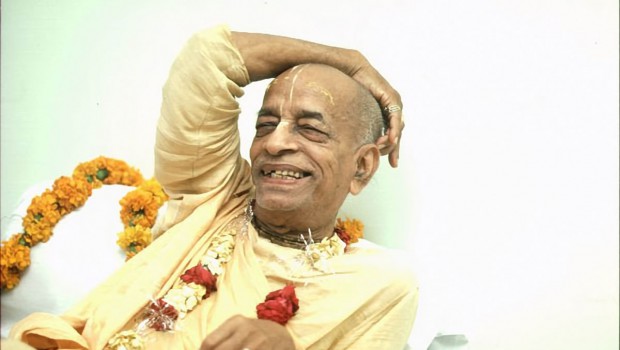 We are inviting all followers of His Divine Grace A.C. Bhaktivedanta Swami Prabhupada from all over the world to come & together celebrate His Divine Grace’s glorious Disappearance Day Festival in the Holy Vrindavan Dham. There will be a whole week (12th – 18th Nov, 2001) of Festivities.

We are inviting all followers of His Divine Grace A.C. Bhaktivedanta Swami Prabhupada from all over the world to come & together celebrate His Divine Grace’s glorious Disappearance Day Festival in the Holy Vrindavan Dham. There will be a whole week (12th – 18th Nov, 2001) of Festivities.

Main features of the festival :

The festival is being organized by new & aspiring disciples of Srila Prabhupada under the auspices of many seniors leaders of Srila Prabhupada’s mission in the west like HH Kapindra Maharaj(NY), His Grace Narasimha Prabhu(Oregon), His Grace Nandi Kesavara Prabhu (Montreal) etc. & many more. We are still in the process of contacting all senior disciples of His Divine Grace as we consider that the personal presence, help, cooperation, blessings and guidance of all sincere and loyal followers of Srila Prabhupada is extremely important in an endeavor like this. We are all confident that this endeavor of re-starting a Annual Festival for Prabhupada disciples in the Holy Dham, will help in re-uniting the family of Srila Prabhupada. It would also certainly help us all focus on His Divine Grace as our bona-fide Spiritual Master.

There are various ways each of us can be engaged to see this annual festival a reality. Especially this year devotees can come forward to serve either in organizing, planning, fund-raising (approximate budget is $6000), communication, publicity, travel arrangements, cooking, chanting, decorating, or just with ideas, suggestions and specially for giving association. Or to get 1st or 2nd initiated by Srila Prabhupada. Any way you can, please take part in the combined glorification of OUR EVER WELL WISHER – His Divine Grace A.C. Bhaktivedanta Swami Prabhupada.

Understandably the notice is short. But as Srila Prabhupada says “strike when the iron is hot”. We are expecting around one hundred Prabhupada devotees this year. Devotees can write, phone or e-mail at the following contact addresses. Contributions are welcome.

We leave you with some quotes from Srila Prabhupada :

Sometimes there is a tendency to neglect what is our real purpose of life, namely, to become mad after Krishna, and instead we become carried away by big, big talk.
(Letter to Satsvarupa 4th April, 1972).

Simply become more concerned with increasing the spiritual content of our lives, and in this way all other problems like management will be easily solved, not that they can be solved by making some legal formula and having big big meetings and talks.
(Letter to Jagadisa 2nd May, 1972)

The purport is that the Lord does not award devotional service to ordinary persons who are not serious about it. But even such unserious persons who execute devotional service according to the regulative principles during the month of Karttika, and within the jurisdiction of Mathura in India, are very easily awarded the Lord’s personal service.
(Nectar of Devotion Ch.12)

Hope to hear from you and see you in Vrindavan.