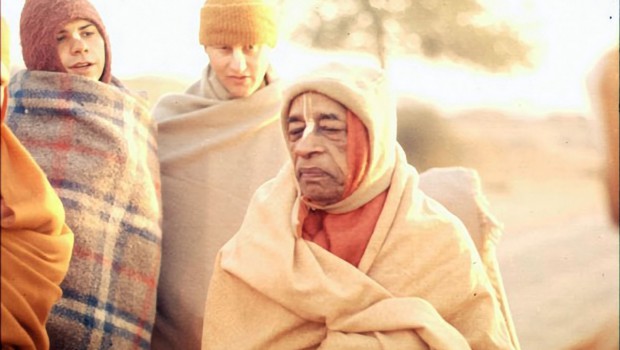 For devotees to achieve something wonderful, they must cooperate and work together under the direction of the acarya. Our leader is Srila Prabhupada. We should all be happily engaged in serving within his mission, but, alas, so many followers of His Divine Grace lament that his movement has been hijacked by leaders claiming to be ‘new gurus’ worthy of worship…

To be able to work together, devotees who now receive worship must defer to Srila Prabhupada as the exclusive worshipable guru within the institution he founded.

Srila Prabhupada was, of course, too humble to give this order. He was leaving it up to Krishna to inspire us from within to understand his extraordinary position.

The spiritual master is worshipped by accepting his instructions as our life and soul. Srila Prabhupada’s instruction with regard to initiations is very clear: those who would initiate after he left us would be acting as officiating acaryas. He never mentioned that they would be worshipped as if they were residents of the spiritual world or that they were infallible.

There appears to be no possibility of the GBC ever accepting this premise, even though it is entirely in keeping with the wishes of Srila Prabhupada. According to his teachings, the GBC was to always remain the highest authority within Iskcon, but the guru system that was introduced without his approval instead places the person who performs the formalities of initiations above and beyond the authority of the GBC. This is nothing but the flagrant disregard of the order of their guru.

The leaders of Iskcon are still devotees, no matter how bewildered they have become under the influence of this intoxicating program of worship. Therefore, we must pray to Srila Prabhupada that they may become enlightened, but their offenses to Srila Prabhupada may be too great for our prayers to have effect. Therefore, we should also pray to Lord Caitanya who is the most munificent of all of Krishna’s incarnations and who will hear our prayers if we are sincere chanters of the Holy Name.

At this point, seeing the determination of Iskcon’s leaders to reject the set of instructions given by Srila Prabhupada concerning initiations, it might be time to consider setting up a separate world-wide organization based on his actual teachings, emphasizing the importance of participating in the sankirtana yajna, the publishing of his original books, a monthly magazine for mass distribution and initiations by officiating acaryas.

One Response to Devotees Working Together in ISKCON?