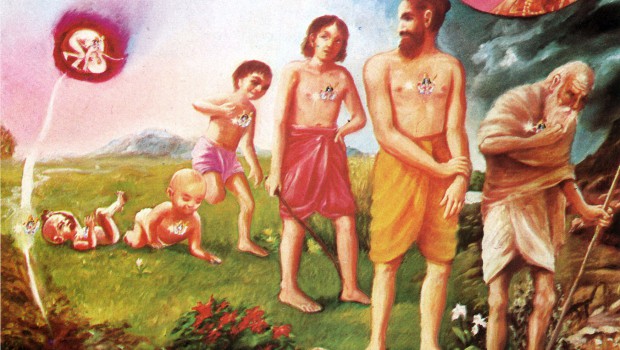 The Scientific Theory of the Soul

The Soul Theory opens up a vast field for research and study based on the scientific method. It opens up the areas of past-life-recall and out-of-body experiences to rigorous scientific research and it also enables science to study all manner of previously unexplained phoneme from a new angle.

The intention of this paper is to put forward a scientific theory stated according to the currently accepted “scientific method” which provides a verifiable and falsifiable theory establishing the existence of an eternal spiritual particle present within every living entity. The symptom of the presence of the soul in a body is consciousness. This scientific theory makes predictions and can be tested experimentally.

DEFINITION OF THE “SOUL THEORY”

The “soul” is defined as a non-material, eternal spiritual entity present within any living being. The symptom of the presence of the soul within a body is consciousness. The soul continues to exist after the destruction of the body and it existed prior to the creation of the body. The material body develops, changes and produces by-products [offspring] because of the presence of the soul within. The material body deteriorates in due cause of time and when it is no longer a suitable residence for the soul it is forced to leave the body. This we call death.

IS THE “SOUL THEORY” RELIGIOUS

The “Soul Theory” stands completely on its own. It says nothing about the existence or nonexistent of God. Although most religious people accept the concept of something other than matter that continues to exist after death and caries the person on to another life there are also atheists who accept such an entity exists. In India there are both theistic and atheistic philosophies accepting the presence of the soul. It is a compelling and convincing explanation of many things we experience.

The Soul:
A spiritual particle present within any living entity whose presence causes the entire body to be pervaded by consciousness, the symptom of the soul. The soul is eternal, it has no birth and it never dies. The soul is the “person within the body”, or “the ghost in the machine”. At the time of “death” the soul leaves the body and is transferred to the womb of it’s next mother’s womb according to it’s accumulated “karma”.

Karma:
Karma means literally “actions”. It is described by the physical law that each action has an equal and opposite reaction. This universal law is not limited to physical actions, it works for any action. If we commit violence against another the reactions generated and we must experience violence upon ourselves in the future. This “karma” or the reactions to our actions is not immediate. The karma is stored in our hearts and it will mature and fructify in due course. If at the time of death there are still karmic reactions stored within the heart which we have not yet experienced then we have to take birth again in the material world in a body suitable to enjoy and suffer the stored karma.

Ether:
The space within the universe.

False-Ego:
The “ego” is the identity of the soul. In reality the soul is a spiritual person possessing an eternal spiritual body full of knowledge and ever increasing bliss. However, because of misusing their independence the souls in the material world misidentify with the material body. They think, “I am an American man”, or “I am an Australian women”. But such identification is false. We are only temporarily in a particular body. It is for seventy or eight years only, then we have to change bodies again. Our next body may be completely different. There is no guarantee someone who now has an “American” body will be again born as an American. There is not even a guarantee of birth in the human form. One can take birth in any species of life. So this identification with the material body is “false ego”.

Life or consciousness is the symptom of the soul. There is no other explanation of consciousness available. No one has been able to show life, consciousness can be generated from matter. And there are many inconsistencies which cannot be explained within the present framework, without considering the existence of the soul. Although there are very clear indications that valid scientific data could be collected on areas such as out-of-body experiences and past-life-recall because the current scientific theories don’t accommodate the possibility these things could exist there has been very little real scientific study in these areas.

There is a large body of data relating to out-of-body experiences. Currently science cannot relate to or study this body of evidence as the current scientific view cannot accommodate the possibility of a “person” being able to leave their body and observe what is happening to their body from a different perspective. A large body of evidence is certainly there and it requires scientific study and the “Soul Theory” will enable this. Unless there are two separate entities, the body and the soul, out-of-body experiences would be impossible. But it seems they are not. This is compelling proof of the existence of the soul.

There are many verifiable accounts of “past life experiences”. This is another area currently outside the boundaries of science but it could be studied in terms of the “Soul Theory”. If there was no soul, no entity that continued from one life to the next, there could be no memory of “past lives”. Another strong proof of the existence of the soul.

EXPERIMENTAL PROOF FOR THE “SOUL THEORY”

The “Soul Theory” makes many predictions that can be experimentally tested and also one can propose experiments which, if successfully carried out, could disprove it. So it is a theory suitable fro study using the currently accepted “scientific method”.

“Unless there is a soul present within matter it will not go through the cycle of birth, growth, production of by-products, dwindling and death. This cycle is a symptom of the presence of the soul. The soul is placed within matter by other living entities and then develops.”

Falsify: Show life can be created from matter only [a chemical mixture of earth, water, fire, air and ether.] Then show the resulting combination of matter can exhibit the symptoms of life [growth, changing, production of by-products dwindling and vanishing.]

“The soul is placed within matter by another living entity then a material body is developed around the soul from matter.”

Proof: Analytically study living entities to confirm their source is another living entity.

Falsify: Show living entities can be produced by a combination of chemicals. The resulting living entities must be able to exhibit the symptoms of the presence of the soul, ie: consciousness, and undergo the transformations of growth, change, production of by-products [offspring], dwindling and death.

The “Soul Theory” opens up a vast field for research and study based on the scientific method. It opens up the areas of past-life-recall and out-of-body experiences to rigorous scientific research and it also enables science to study all manner of previously unexplained phoneme from a new angle.

The science of the soul is described in the Bhagavad-gita, the timeless jewel from the Indian Vedic texts. A full understanding can be gained from this source.

Extensive data and documentation is available in the areas of past-life-recall and out-of-body experiences which could form the basis of much scientific research work. The “Soul Theory” will also enable many rigorous scientific studies to be carried out in this area to produce more conclusive data and clarify the interactions of the soul and matter.

79 Responses to The Scientific Theory of the Soul

Nature’s Laws–But Who Created Them? → 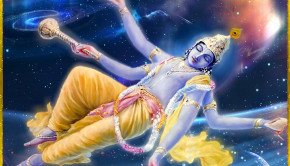