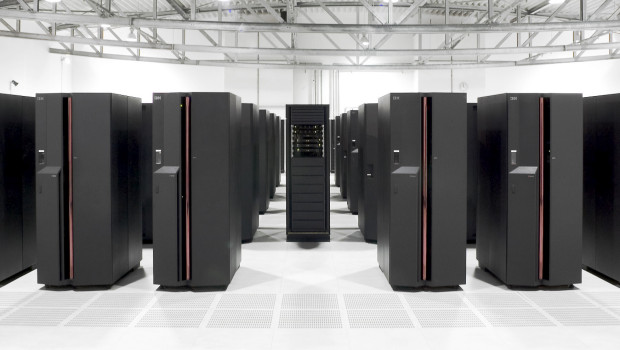 The world was stunned in May 1997 when Deep Blue, a chess programme running on a high-powered computer, defeated world champion Gary Kasparov in a six-game series. How could a manmade machine excel the human mind itself? Is it intelligent? Is it conscious? Can it think? These are some of the questions that arose in the minds of many.

The question raised above can be answered by understanding in terms of certain distinctions between what computers and humans are good (or bad) at. The human weak point lies in calculation, while the computer’s is in long term strategy. Suppose that the number of possibilities per move that the computer need consider is p, on the average; then for a depth of m moves, there would be about p^m alternatives for it to consider. If the calculation of each alternative takes a time t on the average, say, then the total time T needed to calculate to the depth m is given by the following formula:

As pointed out above, human mind takes long time in calculation, while the computer running on a very high speed processor (2.8 Ghz), can drastically cut down this computation time t (Deep Blue calculates at 200 million moves per second, Kasparov, according to IBM statistics, three), however, by judgements and understanding, a human need not consider all the possible moves for a given depth m. For example, a human will never consider the possibility of moving the queen to a place which is already occupied by, say, a pawn.

Thus for a given reasonably large T, the human act of reducing the ‘effective p’ (where humans are good at) makes much more difference in acheiving a large m in the formula than does making the time t very small (which is what computers are good at). As we see, in the game of chess where p is 136 and for a given time m is 10, p^m, which is extemely large number and can be cut down drastically by reducing p by proper judgement and understanding which is present in human but which is what exactly the computer lacks – the conscious mind for the judgements and understanding.

However, for a small T (When the time limit for the game is small), it is making t very small that can be more effective ( since the m values of relevance are likely to be small and p^m will not be very large). This is why computers are good at short but not long chess problems, and why they have a relative advantage with short time limits for play.

A sceptic may argue that while the arguments hold for normal algorithms, they may be invalid in the case of Artificial intelligence (AI) algorithms. Typically, in AI algorithms, the rules of operation are not defined in a clear-cut manner beforehand. Rather, a procedure is laid down where the system “learns” and improves its performance based on its “experience”. Hence, typically, AI systems have a repository or a database and have a learning algorithm, which will enable the system to improve its basic algorithm incrementally with every additional entry into its repository. To illustrate the working of as AI algorithm in the context of Deep Blue and Kapsarov, in a well designed AI system, if Kasparov were to defeat Deep Blue in a particular game and tried making the same moves in the next one, Deep Blue would not respond in the same way as it had done in the game it lost. It would have “learnt” from the past experience and hence would react differently the next time.

The question now arises as to whether such a system actually simulates true intelligence and learning? The answer to that question is “No”. This is because an AI algorithm is just taking the computational process one step further. It is not doing anything more than that. Instead of having one static algorithm, it has two – the learning algorithm that updates another operational algorithm based on accumulated data. This ultimately boils down to the same kind of a computational mechanism that we encountered in the earlier cases. This in itself does not constitute “intelligence”.

Proving that Consciousness is not a “Computational” Activity

In mathamatics, a theorem is considered valid if it applies in all case and invalid if it fails for any specific case. So if we could show that consciousness is not an algorithmic activity, ie. if we can do something non-computational with our minds, in some specific context, then it will suffice to prove that consciousness can’t be simulated on a computer.

Now, let’s consider the following Diophantine equation (the polynomial equations, in any number of variables, for which all the coefficients and all the solutions must be integer):

This equation has no solution (because by its 1st equation, y must be even, by 2nd equation z must be even also but this contradicts its 3rd equation: whatever w is, because w^2 – w is always even, while 3 is an odd number).

The first equation can be solved by writting a computer algorithm, which just slavishly tries all set of integers one after another and after certain trials, it will tell: w = 1; x = 1; y =2; z= 4 is the solution. When 2nd equation is given to the same algorithm, it will never halt for it will not get any combination of numbers which solve the equation.

While human being using his concious brain can easily tell whether such an equation has solution or not but no computer algorithm including artifical intelligence can do this. If consciousness could be simulated on a computer, then there must exist a computational algorithm for the above mathamatical problem, which could tell in yes/no that such numbers can exist or not.

Russian mathamatician Yuri Matiyasevich demonstrated that there can’t be any computer algorithm which decides yes/no systematically to the question of whether a system of Diophantine equation has a solution.

The consciouness can not be simulated not only be computational method but by any physical, neural, biological or mechanical method also, for it is not a product of anything material but is a symptom of the spirit soul which can’t be created anyway.

The soul is unborn,indestructible, eternal and immutable. He can never be cut into pieces by any weapon, nor can he be burned by fire, nor moistened by water, nor withered by the wind – Lord Krsna[Bg 2.21,23]