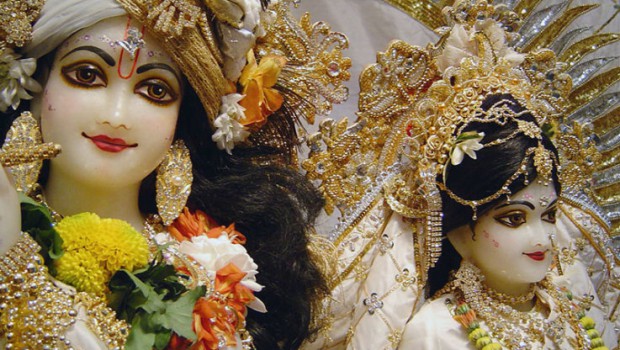 I write in response to your recent report about Jagajivana Prabhu.

I pray you will allow me the opportunity to honor one of Srila Prabhupada’s disciples.

I offer my deepest gratitude to my godbrother Jagajivana das who along with my other godbrothers and godsisters introduced me to my eternal spiritual master His Divine Grace Srila Prabhupada.

Whatever faults Jagajivan may have had I am most humbly grateful to him for supporting my husband Bala das and myself in discovering divya jnana – real initiaton by hearing from Srila Prabhupada daily. One way we can always remember the service of Jagajivan das is whenever we hear from Srila Prabhupada by CD or tape, we can read the title of the lecture. It was Jagajivan who selected the title to these divine lectures. Jagajivan das also gave a great deal of service to the Bhaktivedanta Archives and for many years, Jagajivan das offered service to the BTG with the article Prabhupada Speaks Out. Jagajivan distributed Srila Prabhupada’s lectures, picture and books to many new people. He also liked to distribute prasadam and their are many wonderful stories about his prasadam distribution over the years especially to musical artists.

I am also grateful to Jagajivan because he introduced me to my godsister Jahnava dasi. Jagajivan found joy in introducing devotees to one another and helping to create friendships. Jagajivan lived 120 miles south of the Alachua temple for almost the last 10 years. He had programs at his home and was always enthusiatically sharing Krsna consciousness with those he met, stranger and devotee alike. I believe it was the mercy of daily contact with Srila Prabhupada’s vani that kept Jagajivan afloat away from temple life. Jagajivan liked saying that Srila Prabhupada stressed having independent centers working co-jointly. Though Srila Prabhupada wants us to have a temple life with daily devotee association, may I suggest that living outside of the current temple circumstances may actually help one maintain one’s sanity if one has contact with other Prabhupada centered devotees. Jagajivan had that kind of sound devotee association by phone, visits, letters and e-mail. Through the loss of Jagajivan’s association we have learned that we must be more caring and concerned with one another and make sure we remember we are all persons touching the lives of other souls, not in some sort of sentimental way but in a way that acknowledges Srila Prabhupada’s gift to us of the association of our godbrothers and godsisters. Jagajivan was always willingly offering the gift of his association and through his passing has reminded us of the importance of Srila Prabhupada’s instruction.

I and others find it hard to believe a rumor that Jagajivan had a difficult time following. Jagajivan das was one of the most fastidious, regulated persons I have known. There are always rumors. One devotee has made the comment that a day or so before Jagajivan left his body, Jagajivan said that he had done something that he knew would displease Srila Prabhupada. He didn’t reveal what it was. My husband Bala and I discussed this. Knowing Jagajivan and how self effacing he was we believe he may have never actually committed any falldown other than have a thought or a doubt that he believed was displeasing to His Divine Grace but of course this is all speculation and we are advised not to speculate. One of the grievous results of a possible suicide is that one may never know why the person took their own life.

Jagajivan was reportedly dancing and chanting along the banks of the pond where his body was later found. The police detective working on the case concerning his death told me that the pond has alligators in it and strangely enough they did not disturb Jagajivan’s body at all. It is usual in Florida for alligators to be in neighborhood ponds. They are often known to take neighborhood pets. I like to think the alligators had been given some grace to not molest the body of a disciple of Srila Prabhupada.

Bala and I have offered to have a sraddha ceremony for him at the New Raman Reti temple in Alachua. Jahnava dasi sought to make the arrngements. As of last week the investigation concerning the circumstances of his death had not been closed yet. If it is determined that he took his own life, which is looks likely, than it has been suggested a ceremony in the temple would not be appropriate for one year. If it is fully determined that he took his life, then one year from the day he left his body may we pray that Krsna will give us the remembrance to honor Jagajivan’s service and dedication to Srila Prabhupada.

Thank you for the care and kindness you showed Jagajivan through the years. Jagajivan was a bit of a nervous person but it is hard to question Jagajivan’s sincere desire to serve Srila Prabhupada. My husband Bala das and I hope Srila Prabhupada’s disciple, Jagajivan das Prabhu will always be remembered for his continuous service and cheerful enthusiasm to share Srila Prabhupada’s Krsna consciousness movement. Let us pray that he will eternally take the dust of those lotus feet and become immersed in love for Krsna.

May I remain obliged for your kind association and the association of all of the Prabhupadanugas,

One Response to Jagajivana Prabhu’s Passing