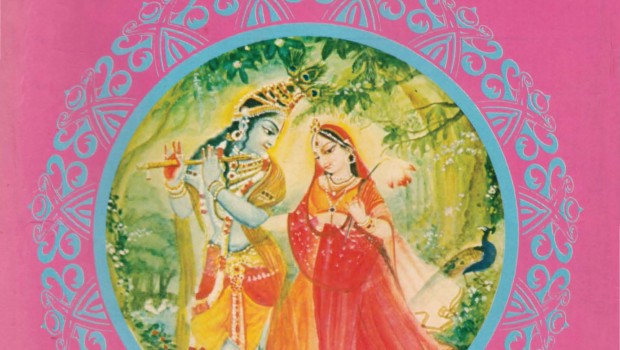 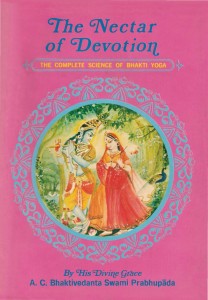 The Nectar of Devotion is a summary study of Bhakti-rasamrta­ sindhu, which was written in Sanskrit by Srila Rupa Gosvami Prabhu­pada. He was the chief of the six Gosvamis who were the direct disciples of Lord Caitanya Mahaprabhu. When he first met Lord Caitanya, Srila Rupa Gosvami Prabhupada was engaged as a minister in the Mohammeden government of Bengal. He and his brother Sanatana were then named Sakara Mallik and Dabir Khas respectively, and they held responsible posts as ministers of Nawab Hussain Shah. At that time, five hundred years ago, the Hindu society was very rigid, and if a member of the brahmana caste accepted the service of a Mohammedan ruler he was at once rejected from brahmana society.

That was the position of the two brothers, Dabir Khas and Sakara Mallik. They belonged to the highly situated sarasvata-brahmana community, but they were ostracized due to their acceptance of ministerial posts in the government of Hussain Shah. It is the grace of Lord Caitanya that He accepted these two exalted personalities as His disciples and raised them to the position of gosvamis, the highest position of brahminical culture. Similarly, Lord Caitanya accepted Haridasa Thakur as His disciple although he happened to be born of a Mohammedan family, and Lord Caitanya later on made him the acarya of the chanting of the holy name of the Lord: Hare Krishna, Hare Krishna, Krishna Krishna, Hare Hare/ Hare Rama, Hare Rama, Rama Rama, Hare Hare.

Lord Caitanya’s principle is universal. Anyone who knows the science of Krishna and is engaged in the service of the Lord is accepted as being in a higher position than a person born in the family of a brahmana. That is the original principle accepted by all Vedic lit­eratures, especially by the Bhagavad-gita and the Srimad-Bhagavatam. The principle of Lord Caitanya’s movement in educating and elevating everyone to the exalted post of a gosvami is taught in The Nectar of Devotion.