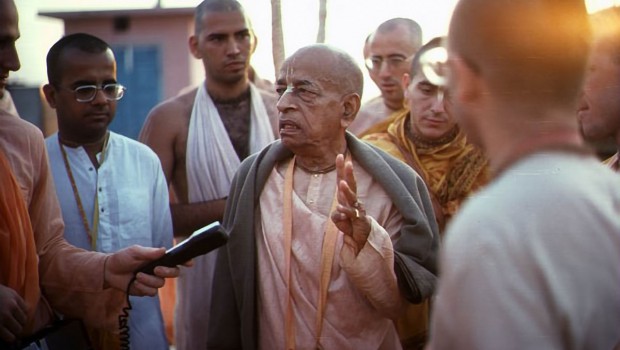 I was at Yale University the other day but I could not break through at all there. Practically everyone seemed sooooo self-righteous and know it all and NOT interested at all! What is to be expected from politicians… So after getting hammered there until about noon, and only distributing a few books, I gave up and headed for greener pastures… I drove to a smaller school that was only a few minutes away. There I met some really nice people  who were so grateful to get Srila Prabhupada’s books (unlike the Yale folks that didn’t even want to consider that Srila Prabhupada may have something important to say to them). The students at this other school seemed like they didn’t have so much cash, unlike the Yale students, but they where scrounging for whatever they had and going to the ATM to get a donation to give in gratitude for getting Srila Prabhupada’s books. The students at this school where flocking around to get an opportunity to hear from Srila Prabhupada, and asking very intelligent, thoughtful questions, and were very appreciative. This was so inspiring after my day began in such a dismal way. I guess this is why it is said never trust a politician because they are not interested in truth/Srila Prabhupada…

Another day I offered one guy a book and he said he wasn’t interested but he still was just standing there looking at the books in a kind of unintelligible way. So I figured that although he said he was not interested but still stood there and didn’t walk away there must be some more to this guy than this – his materialistic intelligence is telling him to forget it and go after the girl/meat/intoxication/TV/his studies etc. but Krishna in his heart is telling him to just wait there and not move and not let go of the books!

So I realized this and I just started explaining the books and some of the philosophy. Then he started to brighten up and become more present and attentive to what I was saying and really started to look at the text, pictures, etc. All of a sudden he told me that he already meditates and asked me, “If I want to do more, what can I do?” So I taught him how to chant the Hare Krishna mantra and explained that this chanting is really important because it gives you the fuel or energy that you need to do all spiritual activities and to understand spiritual subject matters. He really appreciated that. He asked me if there is any thing else that he can do to help in his spiritual life. I explained to him that a vegetarian diet is also very helpful. But he challenged, “What about protein, how will I get my protein?!” So I basically explained that there may be more quantity in meat but there is better quality in vegetables. I also explained that the hydrochloric acid in our stomach and the length of our intestines are not suited for digesting meat but on the contrary they are perfectly suited for digesting plant based foods. He seemed to except this and greatly thanked me for explaining these things to him and we talked a bit more. He told me he will be going to India soon and he wound up giving a nice donation and took three of Srila Prabhupada’s books.

Another day I was at a large university standing in front of the main library and I stopped this one girl and presented Srila Prabhupada’s books to her. Her eyes got real big and she said “Oh, I was just in the library looking for books on this subject matter, this is so ironic, I was in there for so long looking for books on this very same subject matter and now you’re here with these books, this is so ironic… this is so odd… this is so strange.” She was so amazed at the synchronicity of events. So of course she opened her wallet and gave me all the money she had in it and apologized that she didn’t have any more, and took a copy of all the books I had.

This last report is simply an excerpt from one email we received recently:

“I have been doing the mantra Philip told me about everyday!  10 minutes in the AM and 30 in the PM!  Good stuff…hoping for some light to enter my life.  Thanks guys! Much Love,”

If you would like some of Srila Prabhupada’s original, authorized (pre-1978) books to bring with you in your daily life to distribute, please goto:

One Response to Real Intelligence Is Receiving Srila Prabhupada’s words!