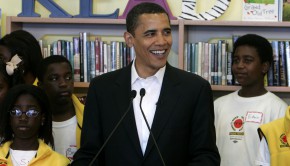 Americans must regret their mistaken civilization. They should take advice from the spiritual master. They will be a happy ideal nation to lead the world

So you American people, you have become tiger now but if you forget God then you are again going to become a mouse. Remember that. Nobody will care for you

In America they would have said, 'Hey, what are you doing. Get out of my car.' Possibly beat you. In India, still there is some culture.

The United States is dominating and controlling the new capitalist world order that has emerged. They have an empire from one end of the earth to the other