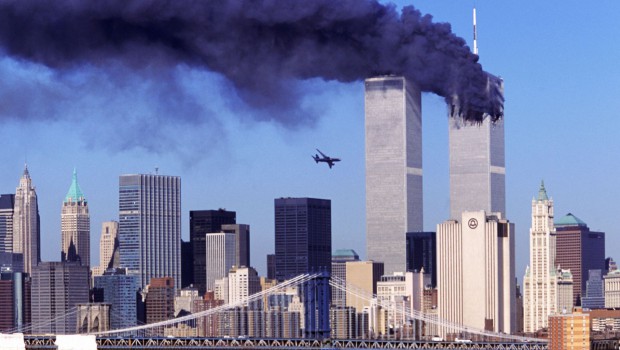 By distributing prasadam and transcendental literature, are we not already helping the victims? No good can come from giving money to non-devotees to help them maintain a life-style based on sense gratification. If ISKCON managers work together to start a massive prasadam and literature distribution program here in New York, that would be the perfection of all humanitarian work.

Every religious act must be scrutinized according to desa-kala-patra: the time, the circumstances, and the subject. It is our good fortune that we were shown by a pure devotee exactly how to apply these three considerations to spread the Krishna consciousness movement in today’s modern world. The examples you gave in your letter to justify giving money to the Fireman’s Fund, however, do not take these factors into account.

According to religious principles, charity should be given to someone who is pure. It is also permitted for householders to give in charity to someone who is inferior if it is necessary for their survival. To give to an unworthy person, however, is never recommended. The families of the fallen firefighters are neither pure brahmanas nor are they destitute nor would they appreciate being compared to street beggars. Neither would mendicants begging at the door of the temple of Saksi Gopala or Tota Gopinatha appreciate being compared to the sense gratifiers of the West who are in total ignorance of their relationship with the Supreme Personality of Godhead.

Analyzed in terms of time, place and person, your arguments do not hold water because of the differences in culture between India and the West. More important, it was taught by Srila Prabhupada that his followers were to give charity by distributing Krishna prasadam, especially in the West, especially in New York.

Please be informed that the families of our fallen firefighters are being very well taken care of, materially. Each family has just received a $10,000 check from the Firefighter’s Association to cover its immediate expenses. Soon, they will each receive $150,000 as part of a federal relief package plus the benefits that have accrued through each fireman’s pension fund. Life insurance companies will pay out several hundred thousand dollars to each policyholder, and the relief work of a multitude of charitable organizations and private foundations guarantees that these families will never be in want. Donations that are received now are being directed to the college funds of the children of fallen firefighters, and the state’s guaranteed replacement of lost income will continue to provide money to the families steadily for the next several years.

ISKCON is a not-for-profit religious 501(c)(3) corporation and is not subject to taxes on its revenues, on its property, or on purchases that would otherwise incur sales tax. The government, at both the state and federal level, does not expect such organizations as ours to finance their agencies like the police and fire departments. What is expected of ISKCON as a tax-exempt institution is that it follow its charter. ISKCON is not a foundation that distributes funds to other charitable causes. ISKCON is a religious organization that has its own projects that require funding, and it is not within its corporate charter to disburse money in ways that do not directly contribute to achieving its specific goals. Although individual members may do as they please, as an institution, we are expected to use all of our resources to directly introduce Krishna consciousness to the public and not divert even a farthing of Krishna’s money to any other mundane humanitarian endeavor.

There is a saying that “charity begins at home.” Before giving Krishna’s money away to those who obviously don’t need it and who are not devotees, please consider the many devotee families living below the poverty line who could use a helping hand. These families do not have health insurance, life insurance, pension funds, savings accounts or any other financial security, and their children have no way to pay for an education. These children are the future hope of our movement, so what is the use of turning public opinion in our favor by mundane charitable acts if our own children are turning away in disfavor? Again, please consider kala-desa-patra.

The laws of nature are very strict. No one can interfere with these stringent laws. As students of the Bhagavad-gita, we know that everyone is destined to enjoy and suffer according to the laws of karma. Your interfering in this affair of prakrti and the living entity is like someone offering sweets and fatty foods to a person on a restricted diet. It will not do them any good to ignore the restrictions imposed by the doctor but may instead do them great harm. Similarly, if the material energy dictates that a living entity must experience some form of deprivation, we cannot change that by holding a fund-raiser and giving them money. Everyone who acts in forgetfulness of Krishna suffers punishment by the laws of nature. No one can check this, not even by creating a multitude of relief funds and humanitarian institutions.

What will relieve the conditioned souls of their misery and lamentation is to learn about Krishna. That is the gist of the sankirtana movement. It is the prime benediction for mankind and extinguishes the blazing fire of material existence. Srila Prabhupada has made the following statements in his purports to the Srimad Bhagavatam in this regard:

“A devotee should always be very kind to the general public in instructing Krishna consciousness because that is the only solution for getting out of the clutches of maya. That is real humanitarian work, for it is the way to show mercy to other people who need it very badly.” (S.B. 3.32.42 purport)

“Modern society is involved in various types of philanthropic works, humanitarian works and so on, but the people do not know that these activities willl never be successful unless Krishna, the Supreme Personality of Godhead, is brought into the center.” (S.B. 4.31.14 purport)

The way Krishna is brought into the center is by following the order of the spiritual master to introduce Krishna consciousness everywhere by chanting Hare Krishna, by preaching, and by distributing Krishna prasadam. There is no need to mimic karma kanda organizations that try to save the outer dress. We have our own program to elevate the entire society, nay, all living entities, to the blissful life of spiritual perfection. The strength of the Hare Krishna movement is not to give away money but rather to give the Holy Name and to broadcast transcendental knowledge. That is what we are trained and authorized to do. There are thousands of bonafide engagements recommended by Srila Prabhupada to spread the sankirtana movement, but giving money away to millionaire families of non-devotees is not one of them.

In India, there are floods and there are droughts. These are natural disasters which relate more closely to our present situation of human disaster brought about by a terrorist attack than your example of beggars at the Kumbha Mela. How does an acarya respond to such disasters? Does he try to raise funds to help the victims, or does he plan how to inject Krishna consciousness under the prevailing conditions? On one hand, we have heard that Srila Bhaktisiddhanta Saraswati preferred to spend money on preaching, and specifically on diorama exhibits, than to donate to a Flood Relief program in Bengal. And more recently, in 1972, when the South Indian state of Andhra Pradesh was stricken by a severe drought affecting millions, Srila Prabhupada was approached by the Secretary of the Relief Fund Committee for financial assistance. This was his reply, which may shed some light on our present discussion:

“If you want to perform relief work simply by collecting funds, I think that it will not be successful. You have to please the supreme authority, and that is the way to success. Our Krishna consciousness movement is meant to present the Supreme Personality of Godhead directly to the people. I therefore request you as leading members of society to join this movement. There is no loss on anyone’s part for chanting the Hare Krishna mantra, but the gain is great.

“The sankirtana movement of Krishna consciousness is very important. Through the sankirtana movement we can not only get all facilities for living, but also at the end can go back home, back to Godhead. Those who are of a demoniac nature cannot understand this, but it is a fact. Therefore, through you I wish to appeal to all the leading men of India to accept this movement very seriously and give us all facility to spread this movement throughout the world. Then there will be a very happy condition not only in India but all over the world.” (SSR 6)

The material world is a place where there is danger at every step, where one disaster follows another in rapid sequence. After the World Trade Center disaster, there will be an Afghan refugee disaster, and then there will be the disaster of the casualties of war, followed by the disaster of counter-attacks and further terrorism. It will not end. Only Krishna consciousness will bring it to an end. So to inundate the land with transcendental literature and the sound vibration of the Holy Name should be our goal. Giving money to those who are spiritually impoverished is not the solution. Giving them a chance to hear about Krishna is.

Devotees who are doing sankirtana or raising funds to maintain ISKCON temples will probably want to say that our movement is assisting the victims of terrorism. This may increase book sales as well as the size of donations, and that is a good thing. But by distributing prasadam and transcendental literature, are we not already helping the victims? No good can come by separating Laksmi from the service of Narayana, by giving money to non-devotees to help them maintain a life-style based on sense gratification. If ISKCON managers work together to start a massive prasadam distribution program here in New York, that would be the perfection of all humanitarian work.

Whatever money comes into our possession should be used directly and immediately in Krishna’s service to spread knowledge about Him. We should carefully avoid spending money unnecessarily to artificially create a good public image. To take dictation from the public is not one of the sixty-four items of bhakti-yoga. Our success, therefore, is measured not by the public’s pleasure, but by the pleasure of the spiritual master.

As for myself, I have been working for five years in the area that is now known as Ground Zero and I see the bewilderment of the people of New York first hand on a daily basis. In our own small way, devotees here have been chanting, distributing prasadam, and handing out copies of The Peace Formula to the families of the victims of the World Trade Center attack, but what is really needed is a magazine for mass distribution. We have prepared a magazine that is dedicated to those who lost their lives through acts of terrorism. We have included an article explaining how Krishna consciousness can solve the problem of ethnic hatred by educating people everywhere in the science of the Bhagavad-gita. Unfortunately, though, we lack the funds to print it. It will consist of thirty-two pages in full color and will cost approximately $5,000 to print 10,000 copies. If any ISKCON leader or anyone reading this article would like to support the effort to rebuild the City of New York on a foundation of Krishna consciousness, please contact me at
lfelda@aol.com.

Yours in the service of Srila Prabhupada,
Locanananda dasa