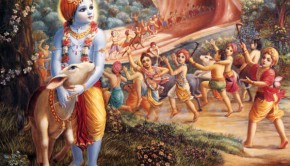 Yesterday we saw Krishna and Arjuna are both born at the same time but Krishna could remember everything from his previous births however Arjuna could not.

You can download for free all of Prabhupada's audio recordings. This includes all his bhajan's and kirtan's plus all lectures, classes, conversations, etc 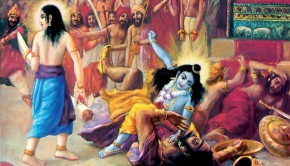 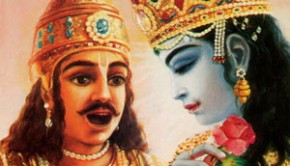 If Krishna was alone then what could we speak about Him--but He is not alone, Krishna is always with His devotees and the devotees are always with Krishna. 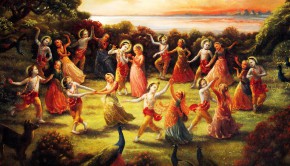 This material world is only reflection. Real life, real variety, real beauty, real knowledge, everything in reality is there in the spiritual world.

At His birth,childhood and in boyhood, as well as in His youth, Lord Caitanya, under different pleas, induced people to chant the holy name of Hari

Chaitanya Mahaprabhu appeared during an eclipse in Mayapur. During eclipses the people to go to the holy rivers and chant mantras to invoke auspiciousness

Yes, I would like every one of our books to have pictures as many as possible. That is my desire. Our KRSNA book with pictures has been very attractive 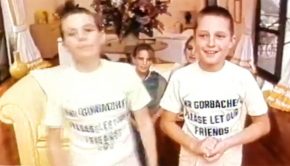 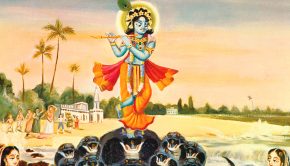 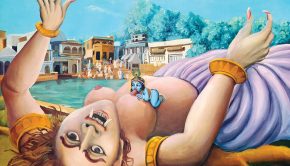 Krishna means the all-attractive person. Krishna is the perfect name for God because outside the principle of all-attraction there is no meaning to God 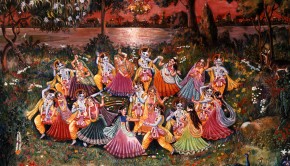 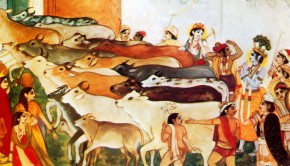 On this planet Vrindavan is a replica of the supreme Goloka Vrindavan in the spiritual sky. When Krishna descended on this earth, He sported in Vrindavan 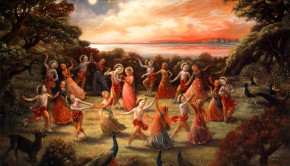 The qualification of the pure devotee is he is always thinking of Krishna without considering time or place. He can serve Krishna anywhere and at any time. 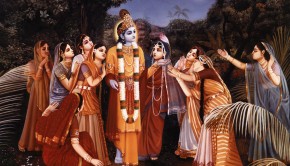 He who meditates on the Supreme Personality of Godhead, his mind constantly engaged in remembering Me, undeviated from the path, he is sure to reach Me 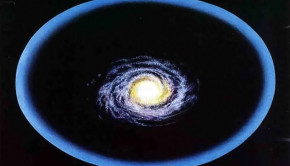 Due to a computer problem we had to restore the Krishna.org website from a backup made on Feb 21 2015 so we have lost the comments made over the past week 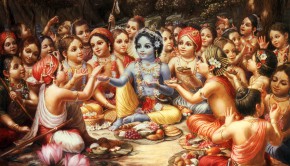