I was now too overwhelmed with Srila Prabhupada’s transcendental presence to be mad. I forgot the speech about my being tricked into shaving up and joining

Shrinivas Acarya is one of the most important acaryas following Caitanya Mahaprabhu. He led the first book distribution party in Gaudiya Vaishnavism

Chaitanya Mahaprabhu appeared during an eclipse in Mayapur. During eclipses the people to go to the holy rivers and chant mantras to invoke auspiciousness

Prabhupada is still the Guru in ISKCON

We need to stop speculating and start trying to understand what Srila Prabhupada said to do regarding initiations in ISKCON after his physical departure.

I was at the park today and the Mormans were there with big pictures. They had Moses and Jesus and a few others along with the current Mormon leader 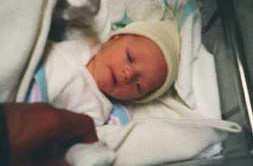 I am happy to announce the appearance of a beautiful little Vaisnava boy. His name is Sukadev Sarasvati Pandit. He has a cute body with big eyes 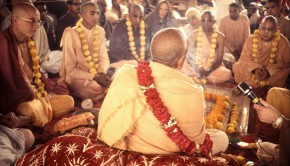