Dr. Frog spent his whole life in a well. He has seen so much through the top of his well and has developed his version of science. But what is it worth 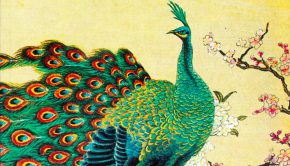